Ford Model T Video Highlights the Most Important Car Ever

Ford has been making cars for over a century now, and while some might think of F-150s or Mustangs as the most notable products from the company, one of the most important cars Ford ever made was one of its earliest models. The Ford Model T broke many boundaries in coming to market and set the stage for everything that is the automotive industry today, making cars affordable to the masses and revolutionizing the assembly process along the way.

XCAR has a new video of the Model T that goes into how the car operates – and the car they are looking at is in incredibly good shape considering it was made in 1915. The coolest thing about this video is that it gives not only history of the car and Ford, but a sort of “how-to” on using the car. Trust me when I say that it looks way more complicated to operate than today’s cars. 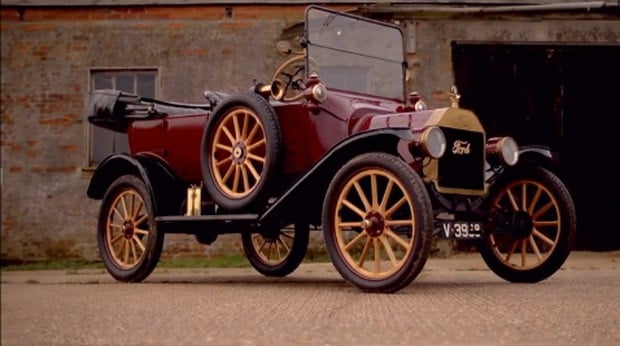 The Model T went into production in 1908, with a price starting at just $850, and came in several colors, despite the legend that claims it only came in black. The video is well worth a watch.