Lots of people don’t ride motorcycles because the risk of a 70 mph impact is a little too much to bear. Virtually nobody tries to jump over motorcycles at 70 mph, because that’s bloody lunacy. Not only does the driver take a large risk of horrifying dismemberment, but the jumper takes that risk even more. The safe course of action is to not try to jump speeding motorcycles, or to just go balls-to-the-wall and jump two at once. 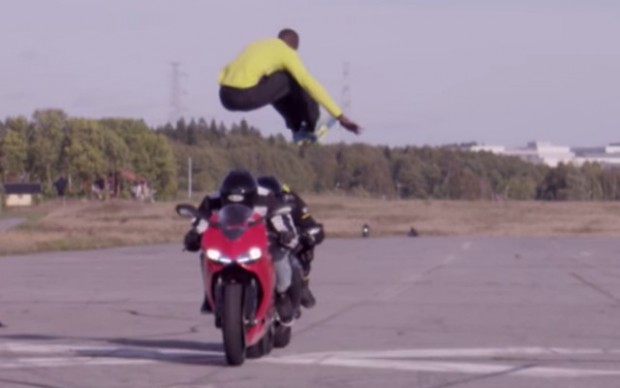 Yeah, that’s an actual thing that happened. One first has to be duly impressed with Al the Jumper’s feat, and then to grimly wonder how many stupider and less talented individuals attempted this without such a positive result? For every viral stunt video, you know there are a pile of police reports with videos in the evidence locker.

Suffice it to say, don’t try this at home (or elsewhere) kids (and adults).