McLaren will be arriving at the 2015 Geneva Motor Show with its new 675LT. Prior to the official announcement, the company shared this ridiculously brief and useless teaser video, from which we can see the 675LT will have wheels and brakes and will have the ability to drive on wet roads.

What we do know is that the 2015 McLaren 675LT will be targeted as a street-legal racer, with a lightweight design to match what look to be very lightweight five-spoke wheels. We can expect the car’s horsepower to match its 675 moniker, making it the most powerful model in the newly announced McLaren Super Series alongside the 650S and Asia-only 625C. The car is also expected to have refined aerodynamics to improve on-track performance via greater downforce and weight reduction.

Naturally, since we have no idea what it looks like, pricing and availability of the new 675LT have yet to be announced. 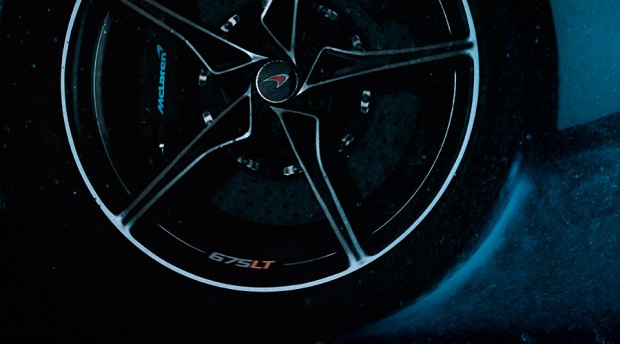