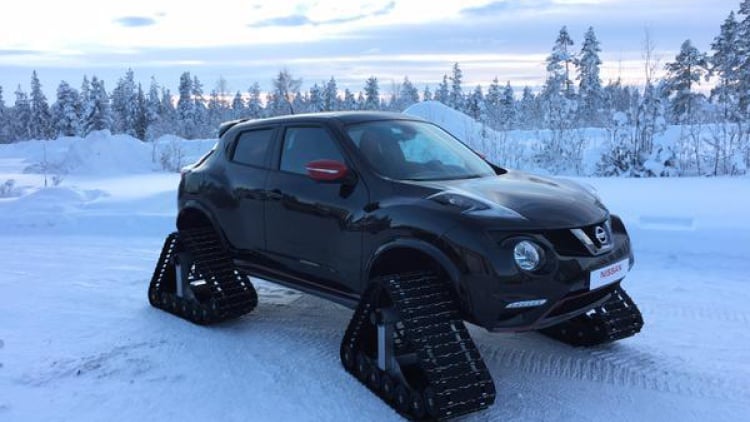 I just got back from Iceland where I drove the new Land Rover Discovery Sport. While that was a very nice car that you’ll be hearing about shortly, the car I saw there that I wanted to drive the most was a Land Rover Defender with a tracks kit. Yeah, it’s about as close to a tank as you can get while still remaining road-legal. I also want to drive the Nissan Juke NISMO RSnow, and yes, that is a real thing. 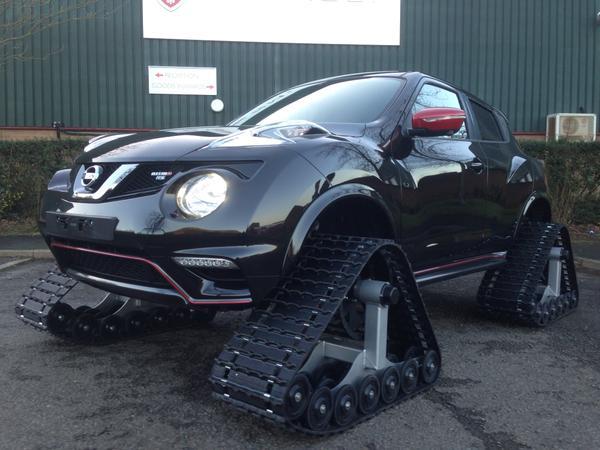 I have a bit of a Juke fetish, because fetishizing the Juke is the only way to like it, and I do like it. When the Juke R was made, I was ecstatic, and when the Juke NISMO RS became an actual product, I was happy, but wishing they’d go further. This is going further, but it’s further in a direction I really didn’t expect. It’s a Juke NISMO RS with a snow track kit and modified front and rear fascias. I want one. 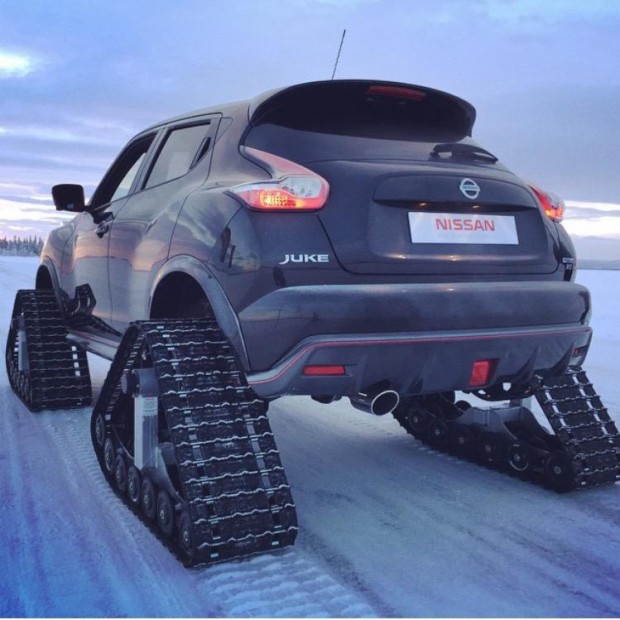