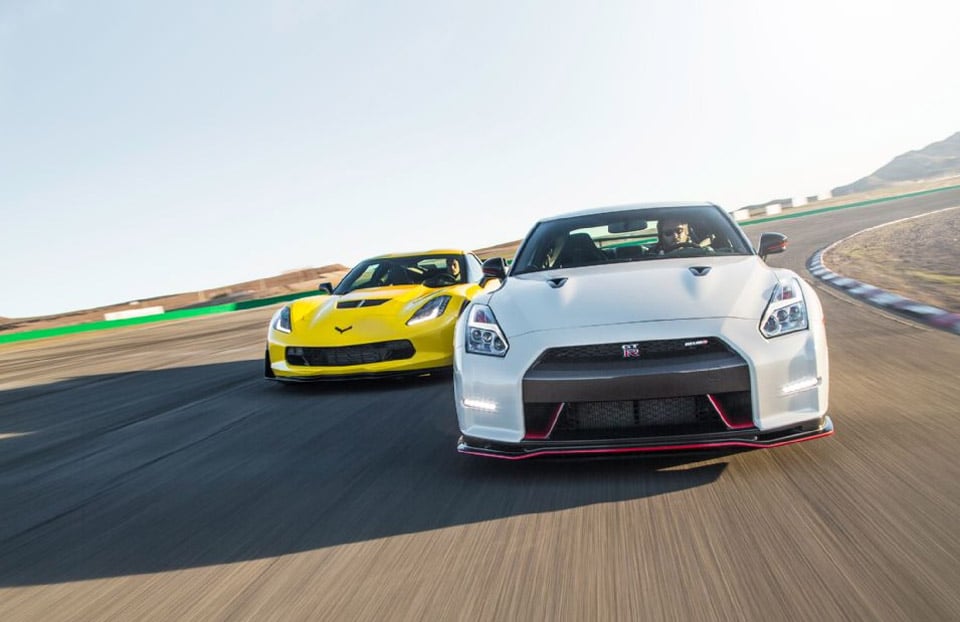 Those lucky dogs over at Motor Trend have pitted two of the most desirable super cars on the market in a head-to-head battle. The two cars are the 2015 Corvette Z06 and the 2015 Nissan GT-R Nismo. Neither of these cars are exactly cheap, but they definitely perform at or near supercar levels without (quite) the supercar price tag.

Handling is really where it’s at with these cars and the Nismo GT-R pulled 1.03g average on the skidpad. The Z06 managed 1.17g, a very impressive feat. The Nismo beat out the Z06 on the road course with Randy Probst behind the wheel both cars ran laps at Willow Springs. The Z06 put down a 1:27.10 and the GT-R put down a 1:25.70 lap time.

Despite the GT-Rs superiority, a huge difference in price exists between these two cars with the Z06 as tested ringing in at $105,210(USD) and the Nismo GT-R costing $151,880.