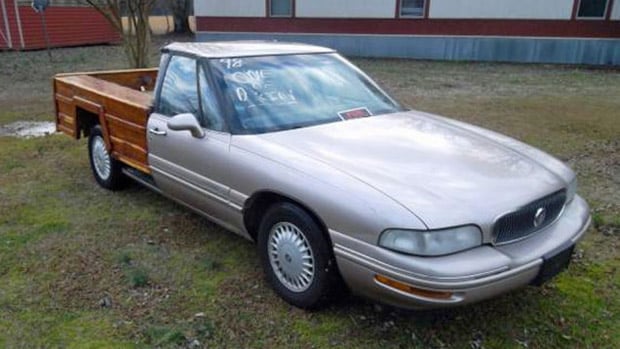 While our tagline here at 95octane is “Cars that Don’t Suck,” every once in a while, we’re guilty of posting a car that does suck. This is one of those times.

You only have to go to one custom car show to know that what some people think is cool, most of us see as a big pile of no. At some point this guy decided that they needed a truck, but rather than selling their crap can 1998 Buick Lesabre, they turned it into a truck. I’ll go out on a limb here and hope that the back of the Buick was crushed by some sort of freak landslide incident. After hacking off everything behind the Buick’s front doors, its owner slapped on a wooden truck bed. 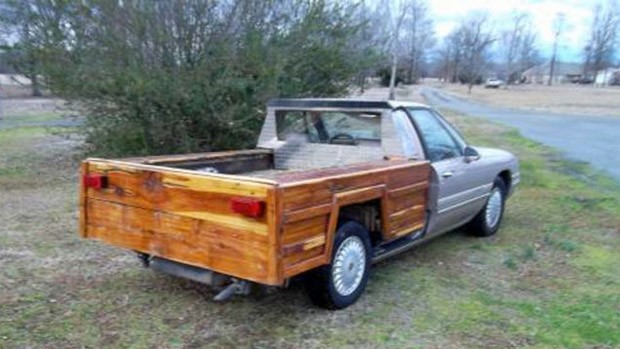 Form the images here; the truck bed appears to be all of six inches deep. It’s about as useful as that little punching bag thing that hangs down the back of your throat. On top of all that, the person who cobbled this car/truck/terrible idea together is trying to sell it for $1,200(USD). Good luck with all that.