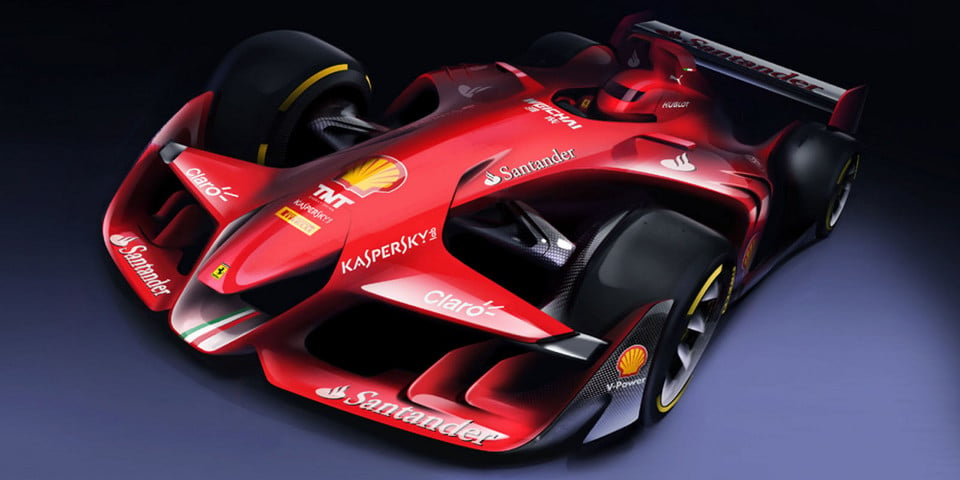 F1 cars have not been works of art for some time. It’s unlikely that we’ll ever see another season as horrifying and phallic as last year’s, but it’s also unlikely that we’ll again see cars as attractive as the Maserati 250F, the Lotus 25, the McLaren MP4/4, or the Jordan 191 again. That hasn’t stopped Ferrari from imagining what a thoroughly moderns and high-tech, yet still beautiful F1 car might look like. 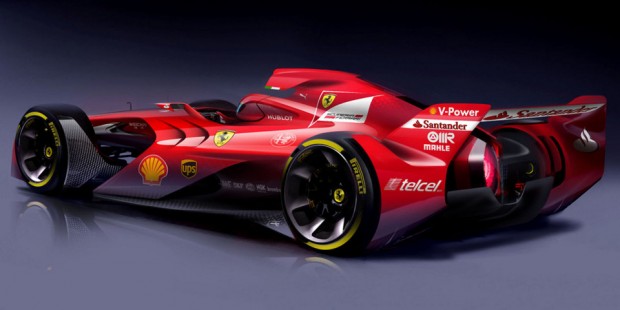 In Ferrari’s words: “Would it be possible to come up with an F1 car which not only is technologically advanced, but also captivating to the eye and aggressive-looking? And could this be made without having to overturn the current technical rules? At Ferrari, we believe so. Let us introduce you to the ‘concept design’ that was conceived by our design studio (Centro Stile Ferrari) together with the Scuderia’s aero department.

Minimal changes give the car a look that is way different from what have been familiar with so far. Our challenge was to create something that was – to put it short – better looking. We value your comments on that.” Comment at the concept’s pop-up website or use #ferrarif1concept.

Not only is there this gorgeous concept, but Ferrari, the company so haughty that it built an ivory tower on top of its ivory tower, wants your feedback. Red Bull’s snarky feedback, FYI, was this: