There used to be an old ESSO (now EXXON) gas commercial with the tagline “Put a tiger in your tank.” But I’m assuming it’s the fact that the Tesla Model S has no gas tank that drove someone in Japan to put the tiger on the outside of their car.

This silly Tesla was seen in Kobe, Japan by YouTuber BusanKevin, and was wrapped up to look like the tiger from a kids’ anime series called Shima Shima Tora no Shimajiro. The car is done up in yellow and black stripes, and has at tiger’s face grille, ears on the hood and fenders, and even has a tail sticking out the back.

I think I’ll stick to the Dodge Challenger Hellcat. 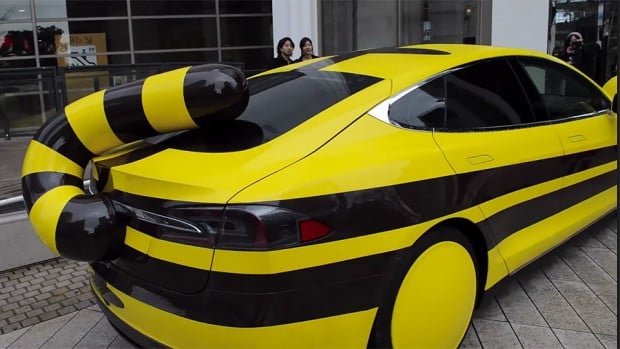