The Goodyear BH03 tire is a concept design the company showed off at the 2015 Geneva Motor Show. The tire would use a combination of technologies to capture the heat and send it back into the car’s electrical system. Patches along the edge of the tire would capture solar heat, while the heat generated from the rolling tire’s friction would provide yet another source of energy. In addition, the heat generated when the tire flexes would also be captured. 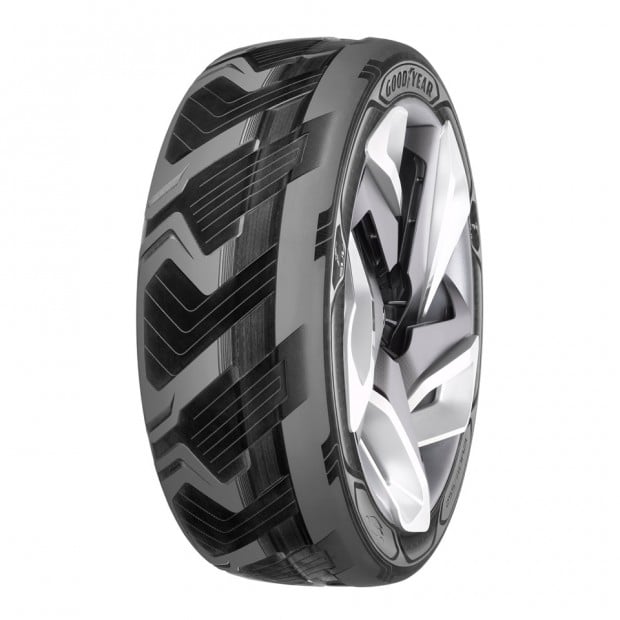 Goodyear is vague on the inner workings of the concept at this point, only saying that some sort of thermo-piezoelectric material would be involved. It’s not clear how many years off this sort of technology could be, or how much energy generation potential such a design could offer. Still, it’s nice to see a creative idea for new ways to recover and harness energy.