VW May Squash the Beetle or Other 2-Door Cars 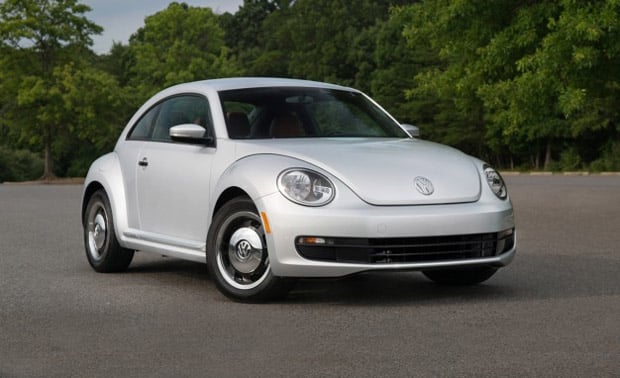 One of the most iconic of all Volkswagen cars is the Beetle. That car has been around for decades and the new Beetle is popular with many buyers. VW is currently looking to save money and increase profits and one of the segments it’s reportedly eyeing for possible elimination are its 2-door offerings.

That means the Beetle is being considered for discontinuation. It wouldn’t be the first time the Beetle was killed off. The original Beetle was gone in many parts of the world before being re-introduced as the New Beetle in 1997. The other 2-door car that might get the axe is a European version Polo sub-compact. The killing could carry over to the 2-door Golf models too.

As much as some enthusiasts want to see a 2-door Golf R in the states that may never happen. Sales of 2-door cars made up only 5% of VW’s global Golf sales last year. No firm plans have been made at this point. We will keep an ear out for more details on VW’s plans.