The Sony PlayStation 3 racer Gran Turismo 6 continues to be a hotbed of activity for car companies to show off their futuristic concept cars. The latest concept to make its way to the game comes from Lexus. Based on the LF-LC concept we saw a couple of years back, the Lexus LF-LC GT Vision Gran Turismo has amped things up even more, melding the concept with the track savvy of the RC F GT500, currently competing in Japan’s Super GT GT500 series.

The virtual car has been bestowed with a giant wing and aero effects that hug just an inch or so above the ground. Hit a pothole in this thing, and you’re doing some serious damage. Fortunately, GT6 doesn’t have potholes. Lexus hasn’t said anything about the powertrain for the car, but since it doesn’t exist, lets just say it has 1400 horsepower and is driven by rainbows and unicorn poop. 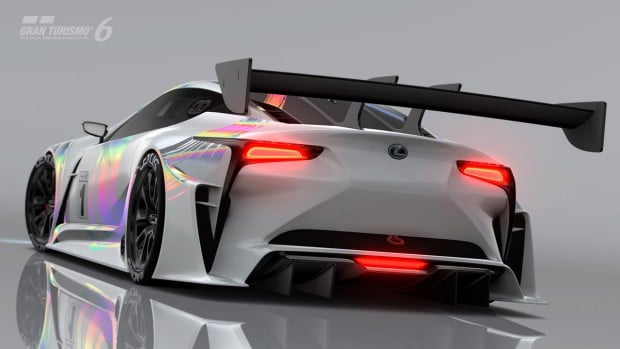 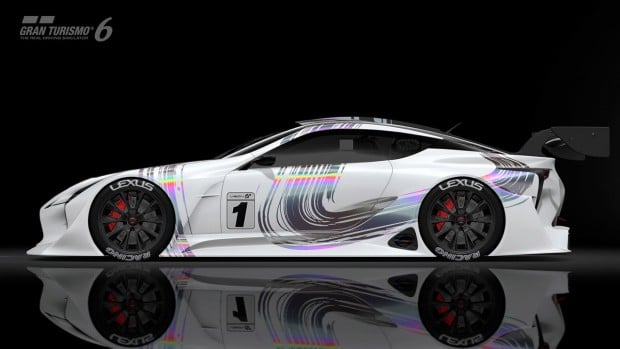 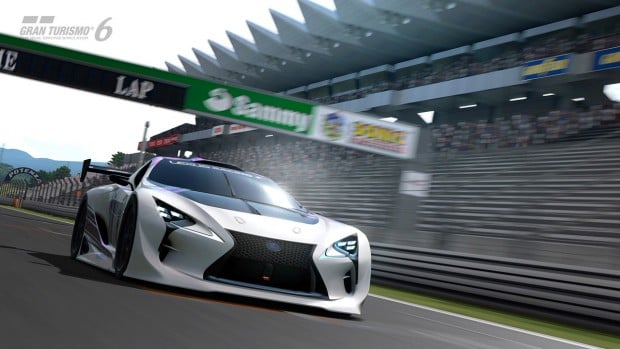 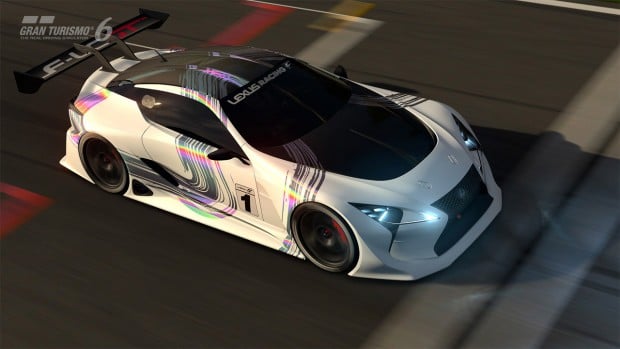 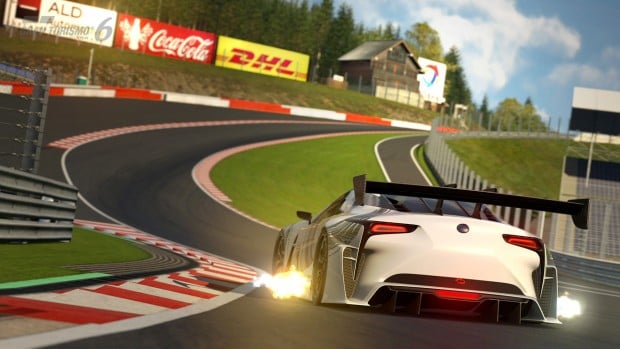