Jeep recently unveiled seven concept cars to show off its Mopar and Jeep Performance Parts. One of the cars unveiled is the Chief, a laidback throwback to Jeep’s Cherokee. Based on a Wrangler Unlimited, the Chief has a 3.6L Pentastar V6 engine, a custom razor grill, chrome bumpers and retro 17″ wheels. Its Jeep Performance Parts include a 2″ lift kit, Fox shock absorbers and Dana 44 axles.

A closer look reveals the concept car’s west coast beach vibe. It has an ocean blue paint job, rosewood slats in the cargo area, floral patterns on its seats and a Tiki idol as its shifter handle. It’s also peppered with ’70s style stickers, including a badge of approval from Magnum P.I.’s Thomas Magnum. The Chief and the rest of Jeep’s new concept cars will join the company’s 49th Easter Safari in Moab, Utah from 3/28 to 4/5. 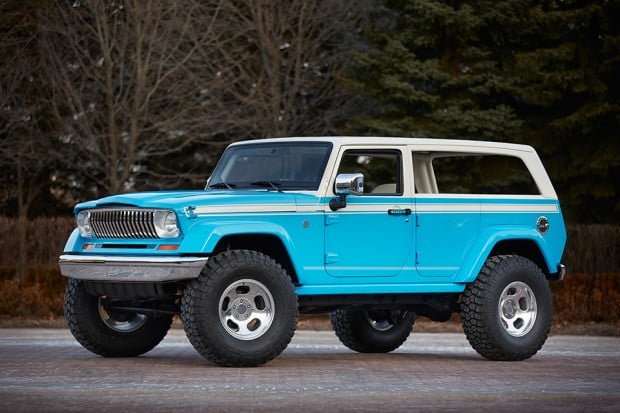 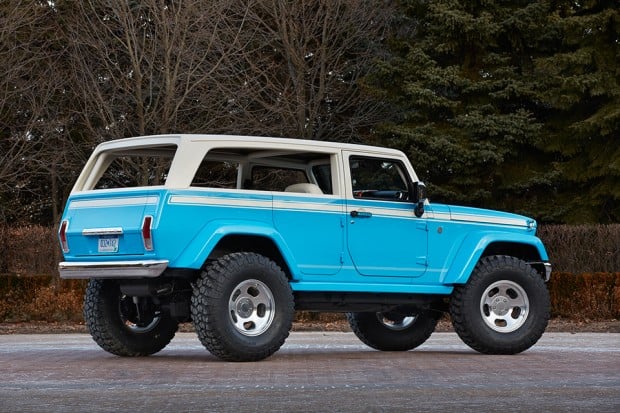 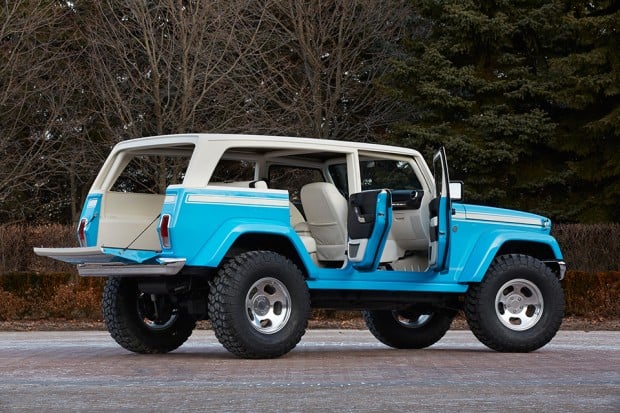 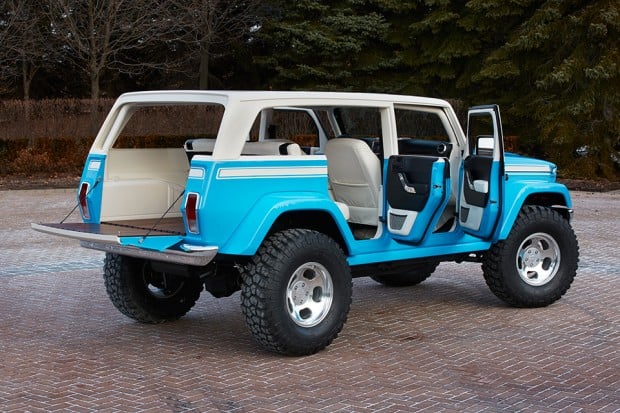 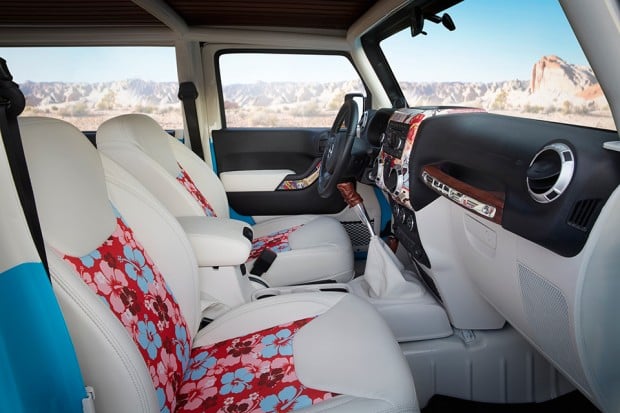