We previously saw candid shots of Mercedes-Benz’s F 015 Luxury in Motion autonomous car on the streets of San Francisco. The car maker has since released press shots showing off the research car sharply standing out in present day California, which you can see below. But when it came to demo the car, Mercedes-Benz chose the safe route and led members of the press to a closed-off area for a test drive, or as it turns out, a test ride. The car followed beacons on the track when it drove itself, but a company representative also drove the car manually.

The F 015’s presence and demo in San Francisco seems to convey two things. First, that the car and all the technology packed inside are real, not pipe dreams. If all goes according to plan – including having laws in place for autonomous cars – Mercedes-Benz sees its autonomous cars on the streets by 2030. Second, Mercedes-Benz is keen to show people not just a car that can drive itself, but the benefits of a car that can drive itself. Passengers will be free to interact with each other, to work and to play en route to their destination. And pedestrians will meet vehicles that are considerate – the F 015 talks in a gentle voice and even beams signs and crosswalks for them. And automotive designers will still have a job. Because not everyone will want to drive the T-1000’s larval stage. 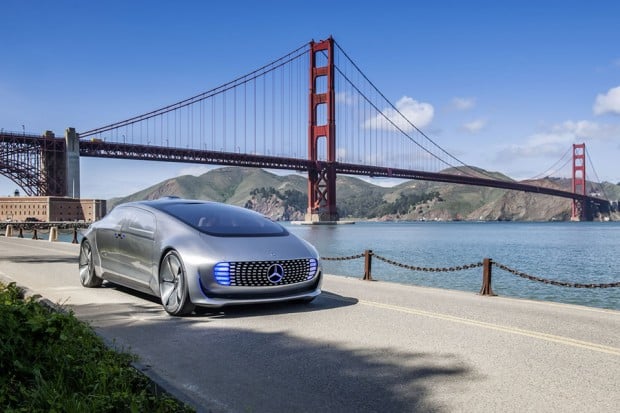 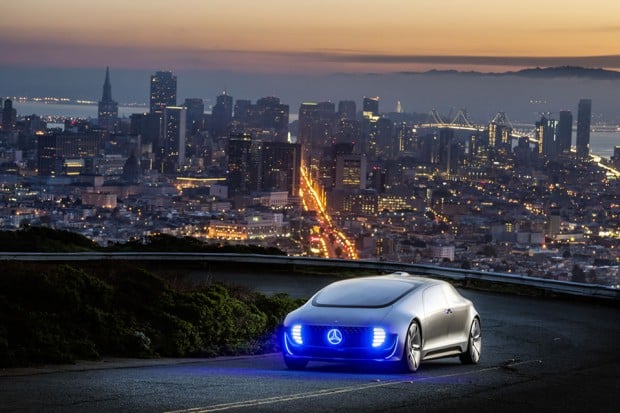 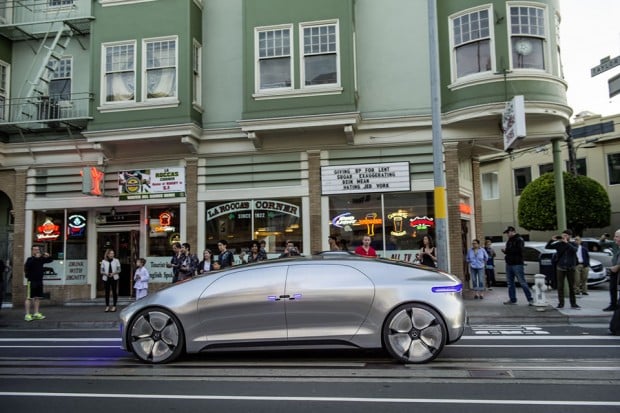 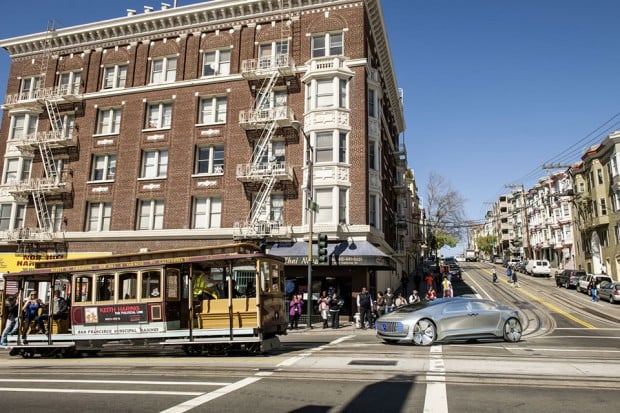 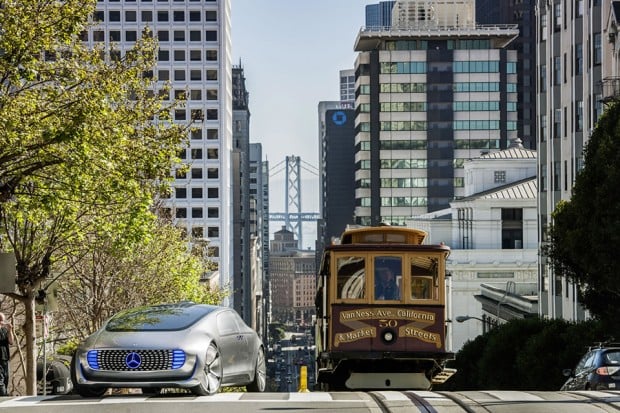 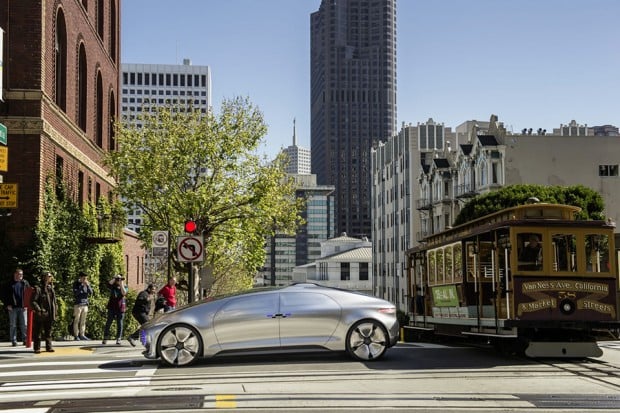 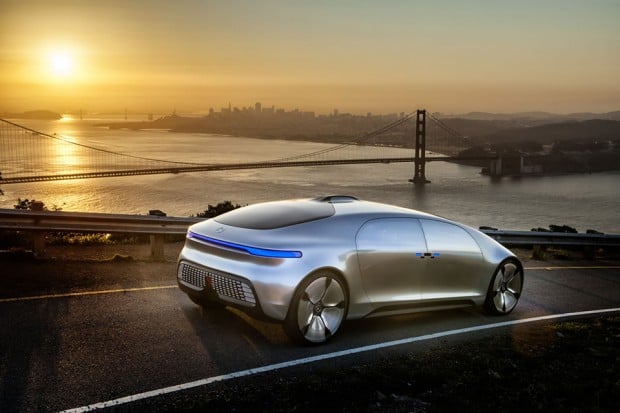