Fab Fours is known for its truck bumpers, but at last year’s SEMA show they caused a ruckus with their concept vehicle, the Legend. It’s a Jeep Wrangler that’s been chopped by 4″, put on DynaTrac Pro Rock 80 axles, had its wheelbases extended and given hilariously large fenders to fit its 50″ tractor tires, which are on 24″ wheels. The custom made “grumper” (grill and bumper), brushed stainless steel wrap and red orange windows complete its transformation into something that wouldn’t be out of place in a Twisted Metal game. Fab Fours CEO Greg Higgs recently went to Jay Leno’s Garage to show off the concept vehicle.

On its Facebook page, Fab Fours unveiled the Legend’s second version – what they called “2.woah” – which will participate in the 2015 Easter Jeep Safari. The mohawk-wearing 4×4 doesn’t look as cool as the original in my opinion, but at least its windows are more sensible. 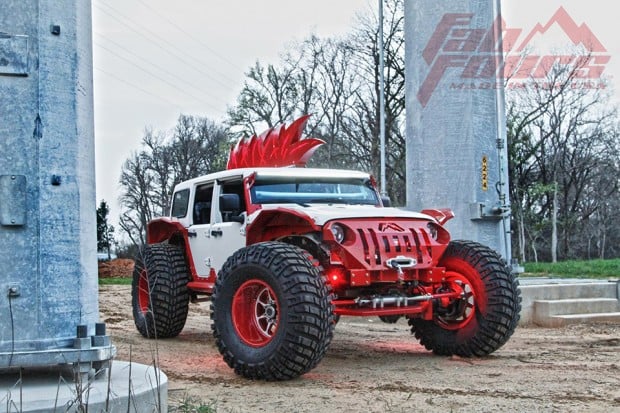 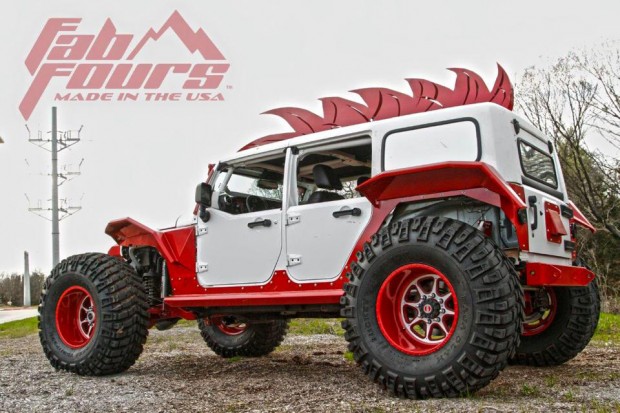