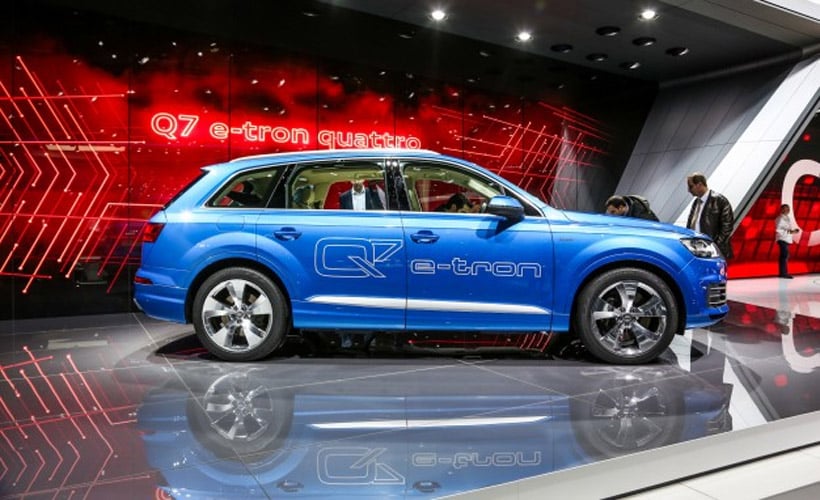 I really like the idea of an electric car for my daily driver around town. The catch is that you would need a normal or hybrid car for longer trips. I also know myself and I would totally forget to plug the EV in to charge at night leaving me unable to drive it. I think one of the things that needs to happen to bring EVs to the masses is a wireless charging system.

We have wireless charging for smartphones, why not cars? Audi is working on exactly this sort of system with reports that it is readying a wireless induction charging system for the Q7 e-tron SUV. With this system in place, you won’t have to remember to plug the car in.

Simply pulling into your garage and parking in the correct location would start the charging. Audi says that to start the induction charging system will produce 3.6kW and later will go to 7.2kW. The inductive charge system reportedly costs Audi about $1050 to make so you can bet it will be about twice that for buyers.