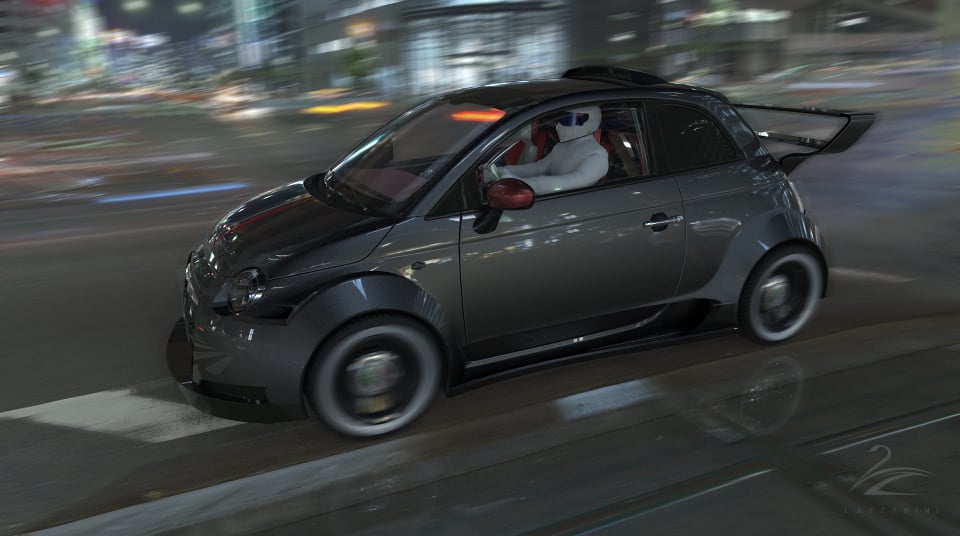 Holy crap! I love hot hatches, I like sleepers, and I adore raucous, and berserk engine notes. This means that I almost think the Fiat 500 Abarth is perfect. It’s fun, it’s cute/intimidating like a furious Pomeranian, and it sounds like roughly 20% of a Ferrari 458 Italia. The only problem is that, despite all the barking, it doesn’t actually have much bite. The Abarth is fairly quick-ish, but it’s not actually fast by any measure from this century. It would kick a ’75 VW GTI’s ass though. 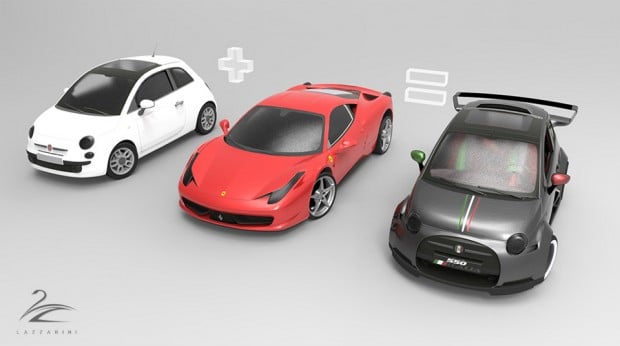 This Fiat 500 is a bit different, and it sounds like 100% of a Ferrari 458 Italia because that’s the engine in it. In addition, it has an almost Spyker-esque aero kit and a wing that might actually be wider than the car. I’m sure this is just the hairiest, craziest, and most hilarious little hatch in the world, and I desperately want one. Unfortunately, I don’t have the $550,000 that Lazzarini Design is going to ask for it. 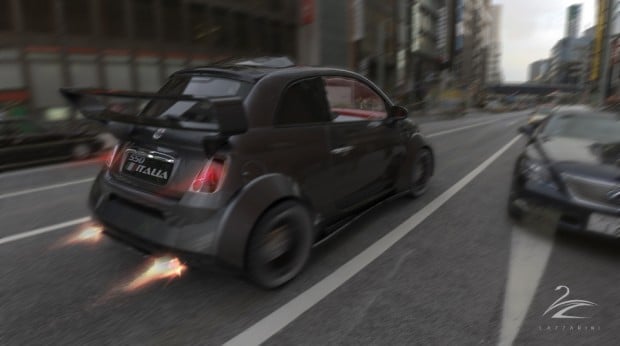 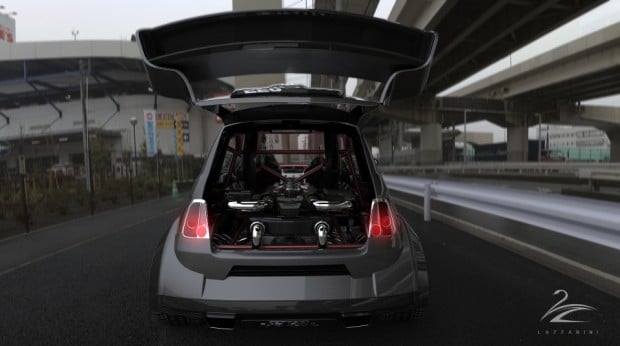 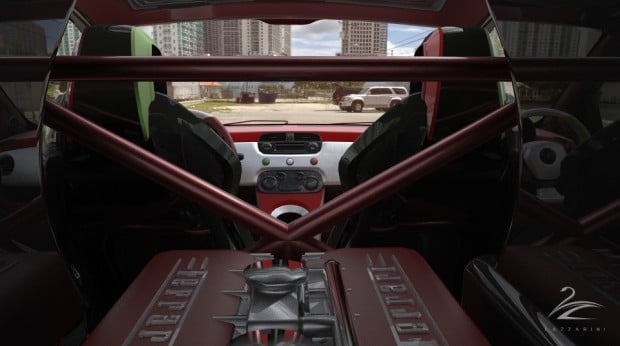 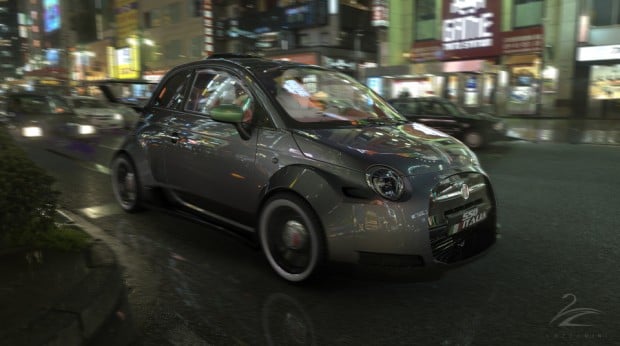