There are empty, desolate parts of the Australian outback where the government decided “what in the bloody hell is the point of a speed limit our here?” It’s not as famous as Germany’s Autobahn, because it doesn’t lead to anything but venomous animals and their droppings, but it is indeed a place where one can go to really mash the gas pedal for some time.

That’s what Porsche did with its hybrid 918 Spyder, getting the car up to 217 mph in the middle of nowhere. Yes, the officially listed top speed is 214 mph, and that does leave a few options as to how Porsche managed 217:

Where’s your money on this one? 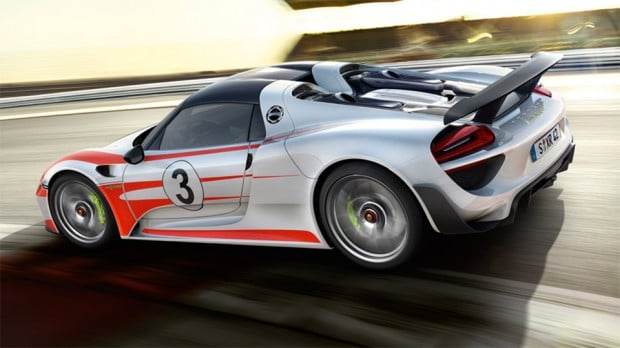