Back in 2013, Tom Bailey of Bailey Racing revealed the Sick Seconds, a 2100hp street legal car based on a 1969 Chevy Camaro. It tore up drag racing strips, regularly running 6 second+ quarter miles. Tom and his friends at Steve Morris Engines got the car to 2500hp last year, but they soon began working on the car’s even more ridiculous successor. And here it is, courtesy of YouTuber ScottieDTV.

The Sick Seconds 2.0 is also based on a ’69 Camaro and is still street legal. It even has cup holders and power windows. But this beast packs a twin-turbocharged 4000hp engine. With that much power, Tom is gunning for a 5.5 second quarter mile and an otherworldly 300mph at the tip of a standing mile. Head to Hot Rod for more about the Sick Seconds 2.0’s specs and Tom’s plans for it. 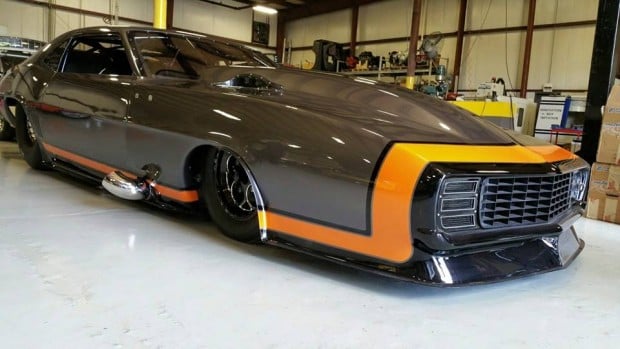