BMW Teases New 7-Series That Can Park Itself 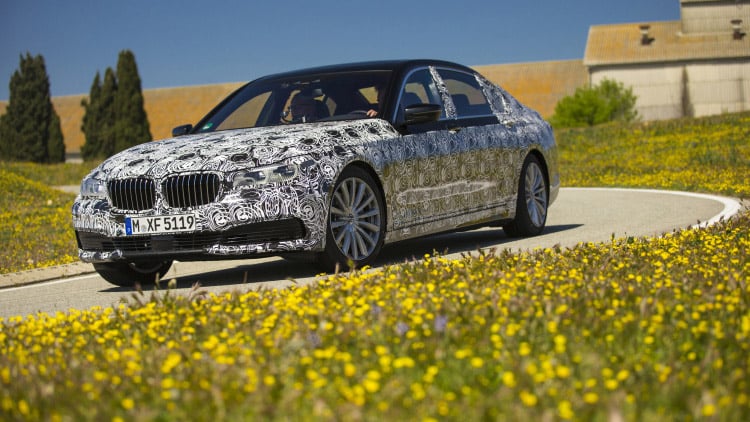 BMW is giving up some new details on the coming all-new 7-Series car and it will be packed with some interesting technology. The most interesting feature revealed so far is remote control parking. This will allow the driver to move the 7-series in and out of tight parking spaces or garages without having to get into the car.

The remote parking is performed in conjunction with a new key with an LCD display. Along with that cool parking feature, BMW is also adding in the ability to control the infotainment system with gestures. That means no more fiddling with knobs or groping for touch controls.

The car also gets a new inline 6-cylinder engine with BMW TwinPower turbo tech under the hood. Along with a powerful engine, BMW is also using carbon fiber composites to make the 7 Series about 286 pounds lighter than the current model. Naturally, less weight means more efficiency and performance.