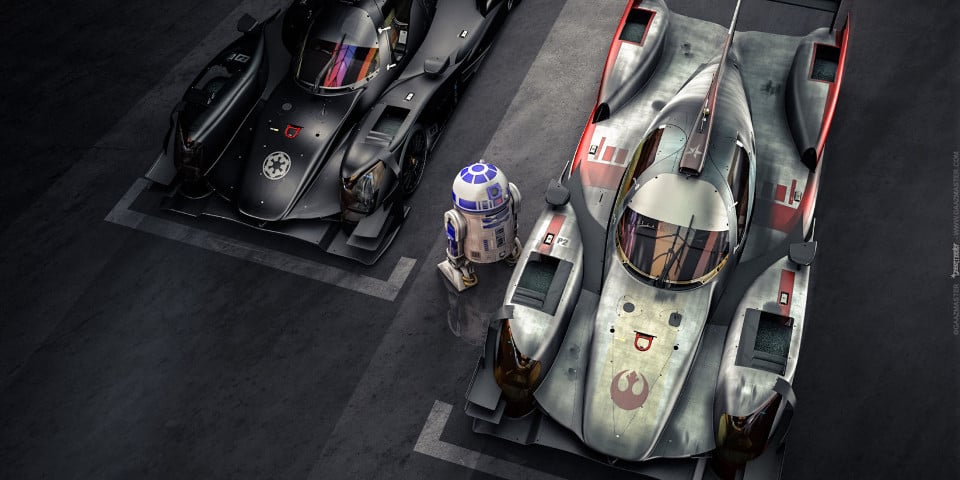 ORECA, a company best know for a few really, really fast vehicles that compete in Le Mans, just geeked out about the same thing everybody is geeking out about: Star Wars. Instead of showing semi-interested friends and family or firing off inane tweets, ORECA did something spectacular. They designed two Star Wars themed liveries and sent out the rendering to adoring fans.

I just wish they were actually going to be putting some rubber to pavement. Seeing a weathered looking rebel car with that menacing Imperial one in hot pursuit would be fantastic. So would Astromech droids as pit crews, but we’re unfortunately still a few years off from that fantasy becoming a reality.