Corvette Z07 C7.R: Because Nobody Notices a Regular Z07 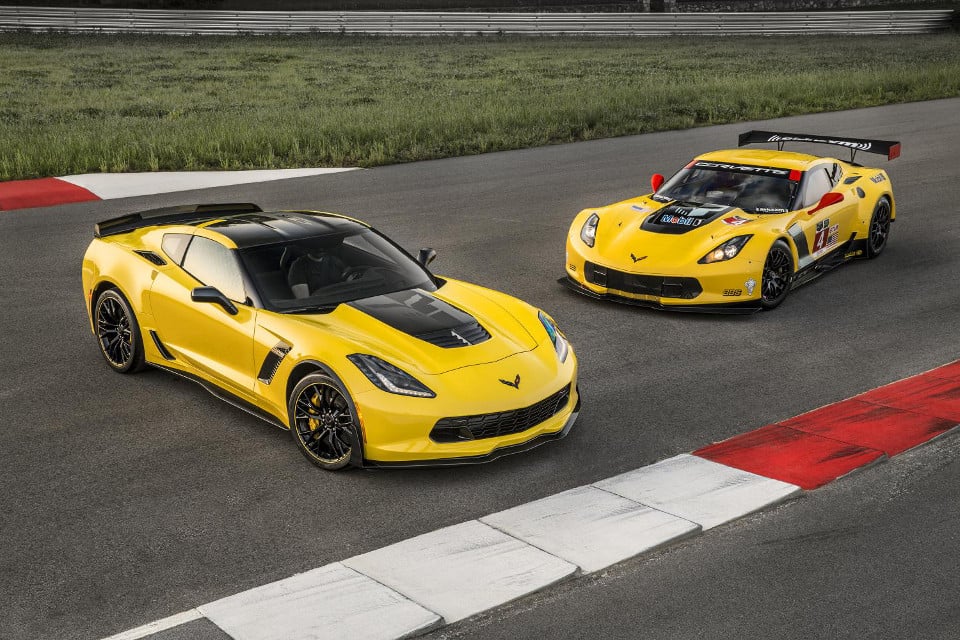 The Corvette C7.R (the race car version) is an amazing machine that has been doing some very impressive things on squiggly closed loops of tarmac around the world. Regular guys who want as similar an experience as possible had the opportunity to buy the Z06 or Z07, but this apparently left some wanting more. Not more performance, since I’d wager that there are probably only zero to five Z06/Z07 owners who can actually extract a significant portion of that car’s performance without killing themselves.

The special edition includes some extra exposed carbon fiber on the roof, the hood, the aero effects, and the interior, yellow painted brake calipers, yellow contrast stitching, yellow accents on the wheels, Corvette Racing sill plates, and the new Corvette Racing Yellow paint. I still can’t tell the difference between this and the old paint, but the press release does say this is new.