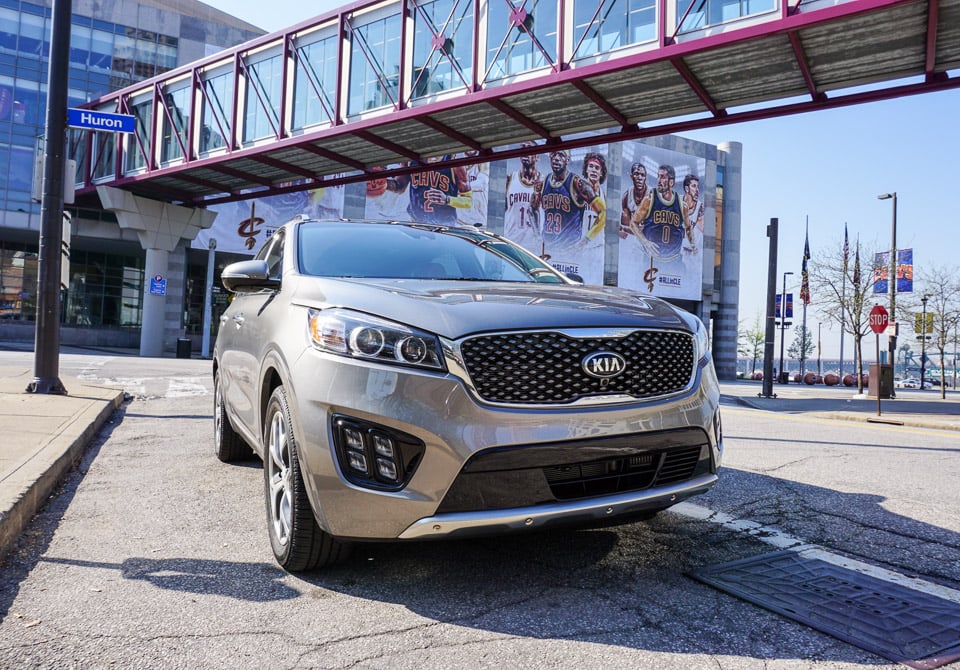 Kia was kind enough to put me behind the wheel of their new 2016 Sorento SUV for a fun road trip, heading first to Cleveland and then to Chicago to check out games 2 and 3 of the NBA playoffs between the Bulls and the Cavs. Along the way, I learned that the Sorento is an excellent road trip car, offering tons of comfort and amenities for long drives.

In its 240hp, turbocharged 2.0L AWD configuration, the Sorento offered plentiful pickup along the road, while its quiet interior, luxurious ventilated leather seats and pillowy smooth suspension made for a delightfully comfortable ride. 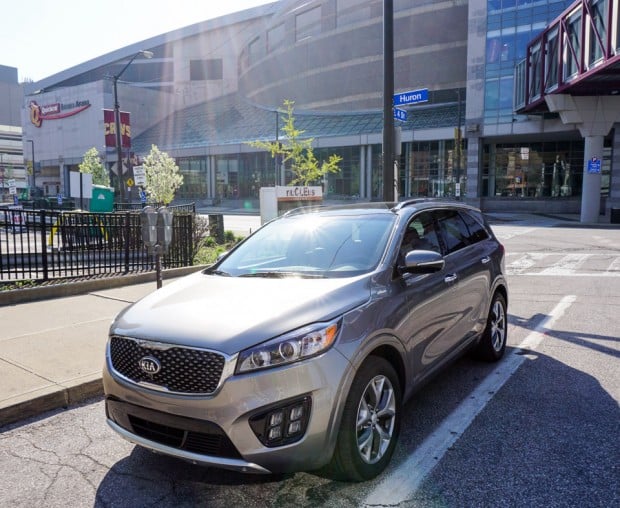 My first stop was Cleveland’s Quicken Loans Arena, where I took in Game 2 of the second round NBA playoffs with my pal Gerardo from Bullz-Eye. It was amazing to be at floor level for the game, but being a Chicagoan, it was tough to be surrounded by a crowd of thousands of loyal Cavs fans, Gerardo included. 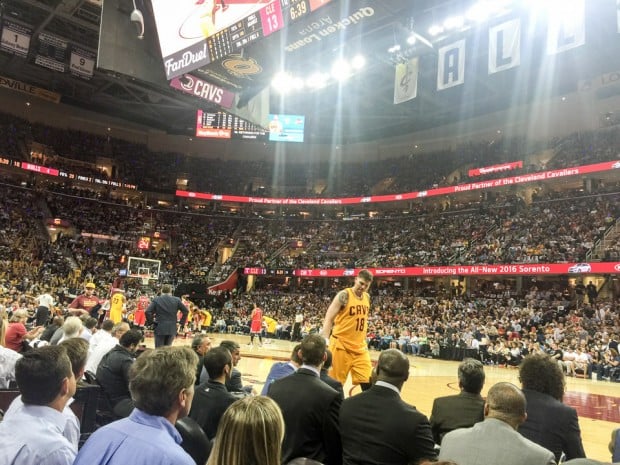 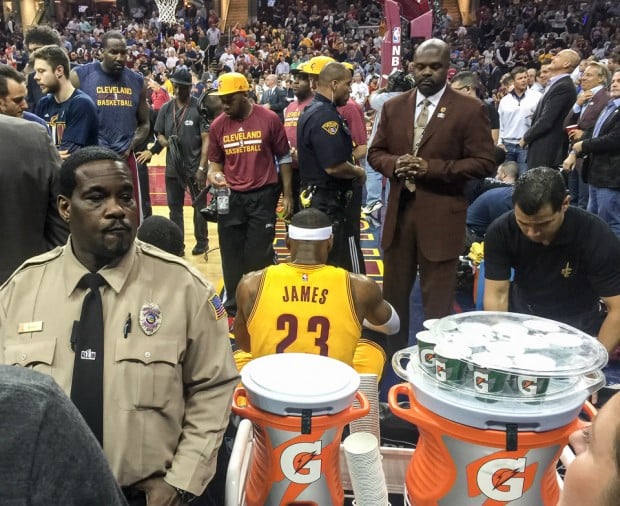 This particular game ended up being pretty lopsided all the way, and in the end, the Bulls were handed a pretty hearty spanking, losing the game 106 to 91. We concluded it was all because LeBron wore his headband. 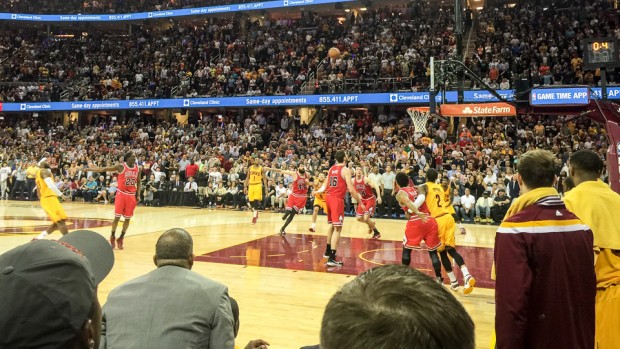 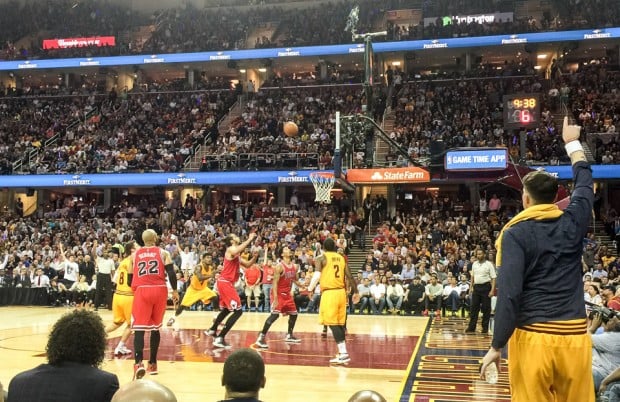 I drowned my sorrows with a late night room service brownie sundae, and then a sound sleep at the insanely beautiful Hyatt Regency at the Arcade in Cleveland in preparation for the 350 mile drive ahead of us the next day. 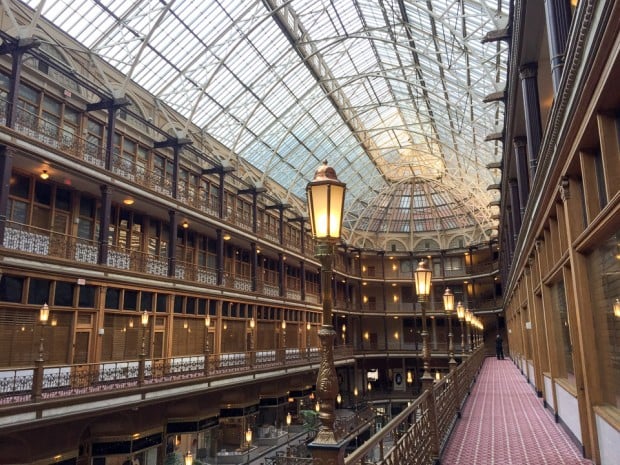 On the way out of town, I made a quick stop at the Rock & Roll Hall of Fame, and then hit the road. 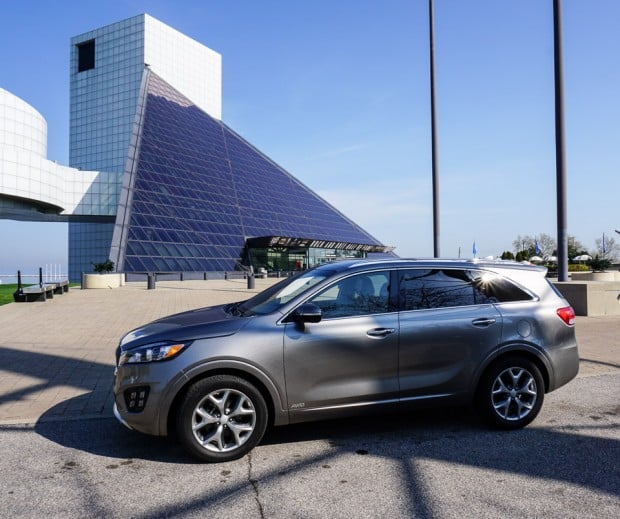 The Sorento went from the crowded city streets to the open road like a champ, as we made our way along the sometimes ponderous roads of Western Ohio and Indiana, but the smooth ride, comfy seats and great Infinity sound system kept us happy the whole way. The adaptive cruise control didn’t hurt either, deftly handling reductions in speed through construction zones and then automatically adjusting as traffic picked up speed. 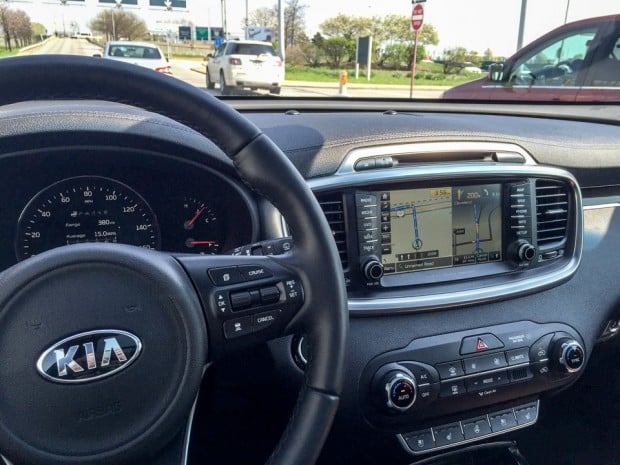 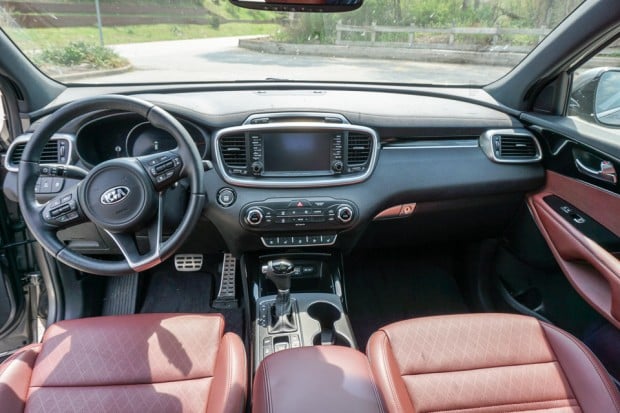 We pulled off the main highway for a couple of quick stops along the way, including this spectacular vista of Lake Michigan in the idyllic beach town of Beverly Shores, Indiana. Note to self, the cops in Beverly Shores don’t take kindly to non-residents stopping in their parking lot and taking pictures. Despite being a clearly marked as a parking lot, and no other cars around, “You can’t park here.” Guess there’s no actual crime in Beverly Shores. 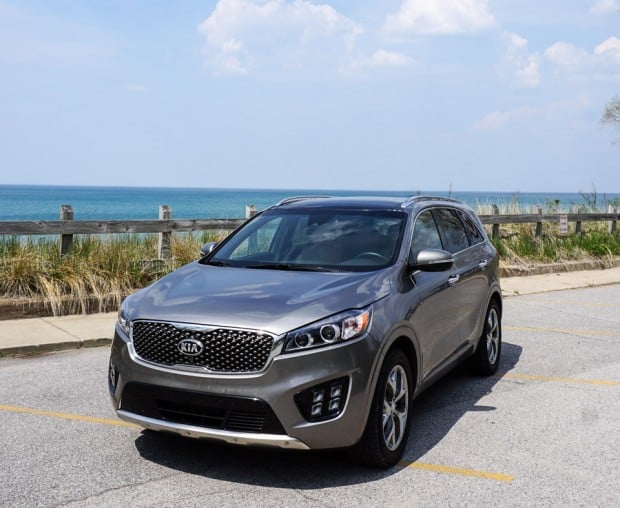 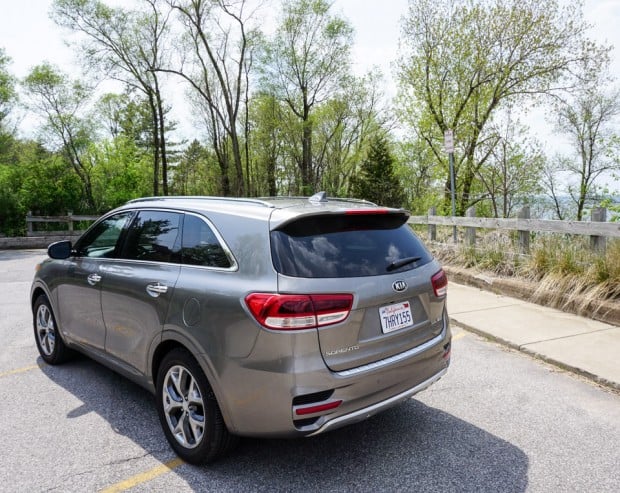 After shaking off the run-in with law enforcement, we were back on the road. It seemed like no time at all, and we had arrived at our destination in Chicago, ready to take on the next big game. After a good night’s sleep and a few hours stuck in Chicago rush hour traffic, we made our way to the United Center to take in Game 3, the only evidence of our long road trip being the thick layer of bug goo on the front of the Sorento. 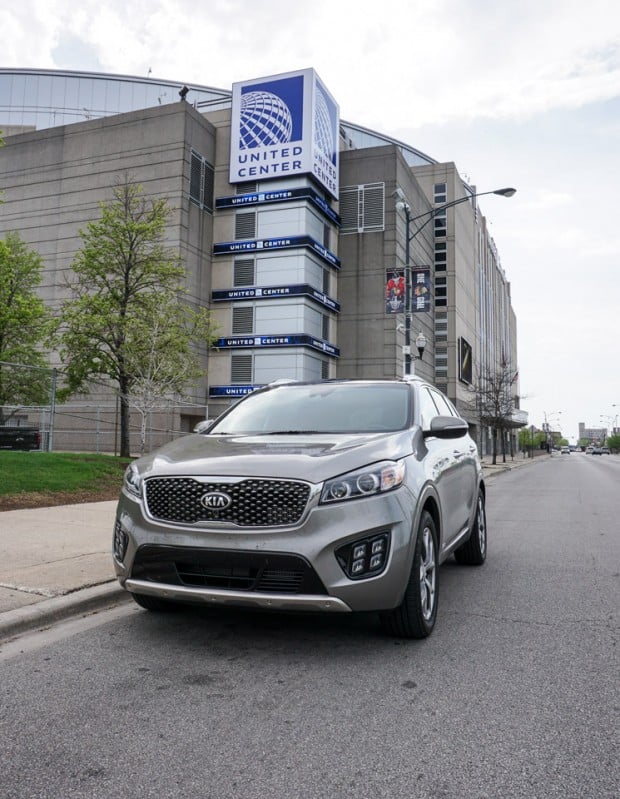 If you’ve never been to a Bulls game at the United Center, the first thing you’ll notice is that the place truly is a sea of red. This was made even more so this year, since everyone who showed up for the game was given a bright “See Red” Bulls t-shirt just for showing up. 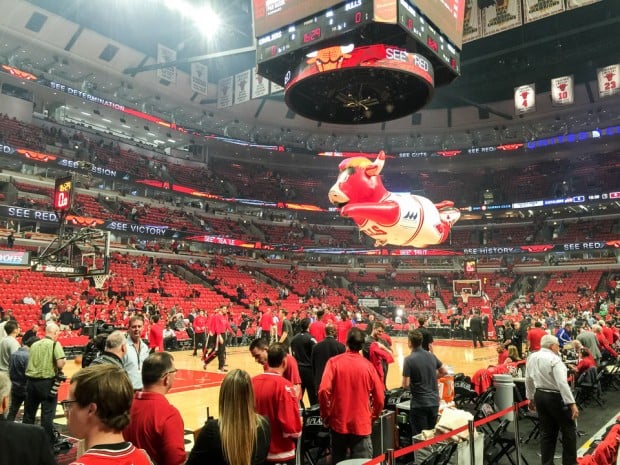 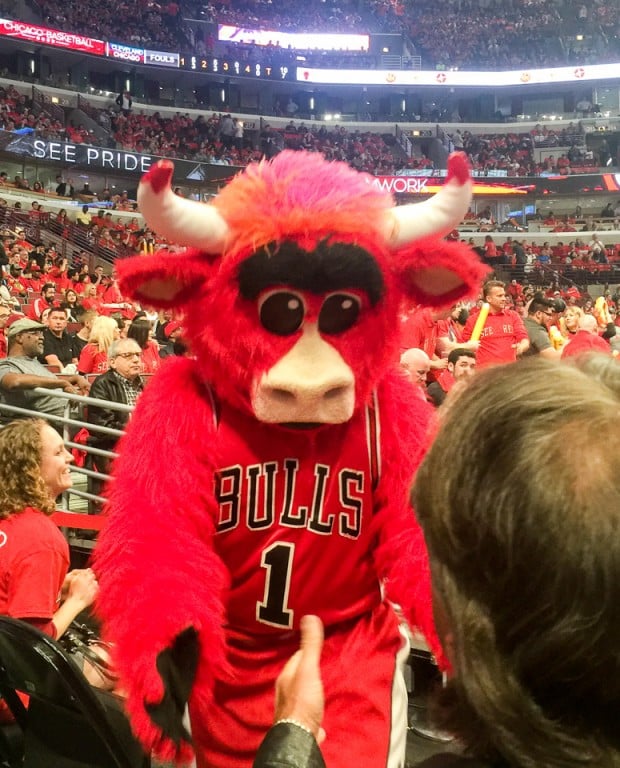 This game was much more of a contest than the previous one, with the Bulls and Cavs staying within 6 to 8 points pretty much the entire game, and the lead changing hands numerous times. 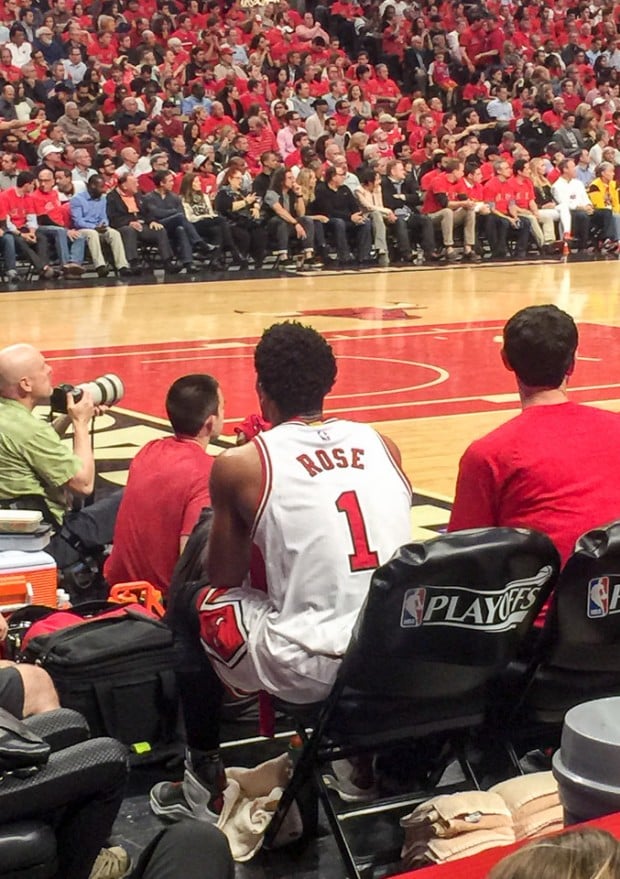 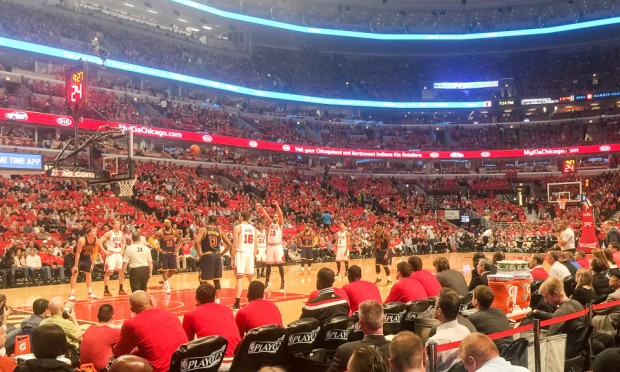 After many hard fought battles on the court, the Bulls managed to eke out a victory in the last 3 seconds of the game, pulling ahead 99 to 96 on a 3-point buzzer-beater by Derrick Rose. Naturally, the crowd went insane when this happened, and my ears are still ringing this morning. 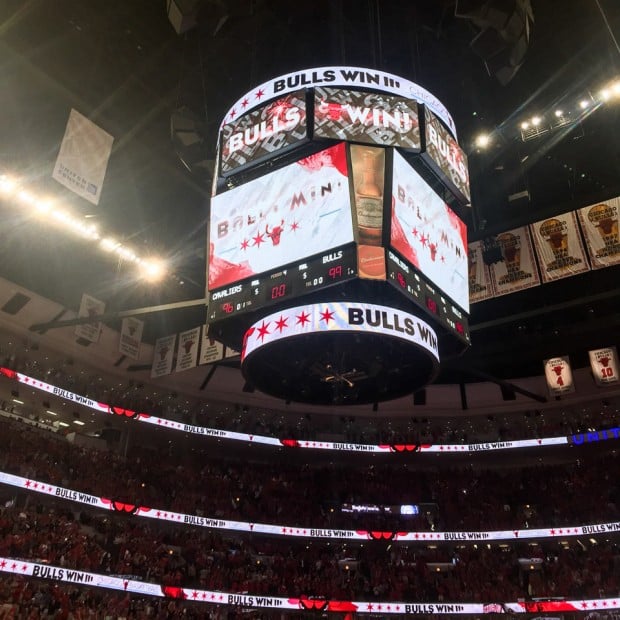 Many thanks to the guys at Kia for hooking me up with the awesome playoff tickets, and a great way to get to the games.