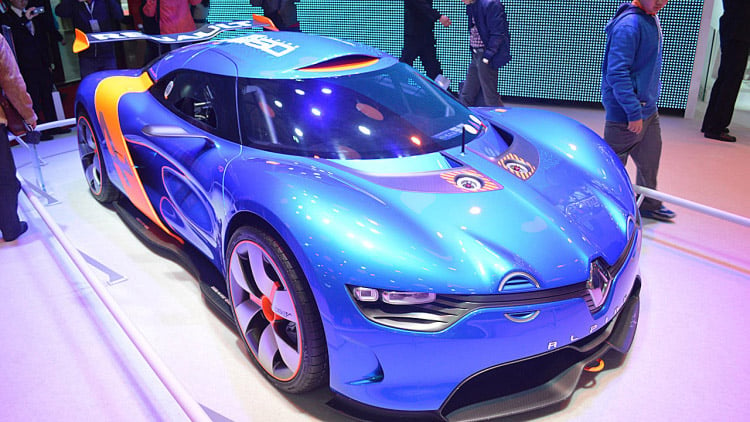 I happen to think one of the sexiest concept cars to be unveiled in recent memory is the Renault Alpine. That car looks fantastic with its blue and orange color and all the curves. Renault has made no secret of the fact that it wants to bring the Alpine brand back to Europe to compete with the Audi TT and Porsche Boxster.

We thought that would happen in a deal with Caterham last year, but that deal fell through. Word is now surfacing that a concept of the car might be unveiled at the 24 Hours of Le Mans in June. Better yet, other tidbits suggest that the car might be downright affordable with a price aiming at $34,000 to $40,000 (USD).

A dead sexy car in that price range rocking 250hp and decent handling would be awesome. The saddest part of this announcement to me is that we will probably never see the car in the US. I doubt that the new concept will look like the one pictured here, the Alpine A110-50 from back in 2012.