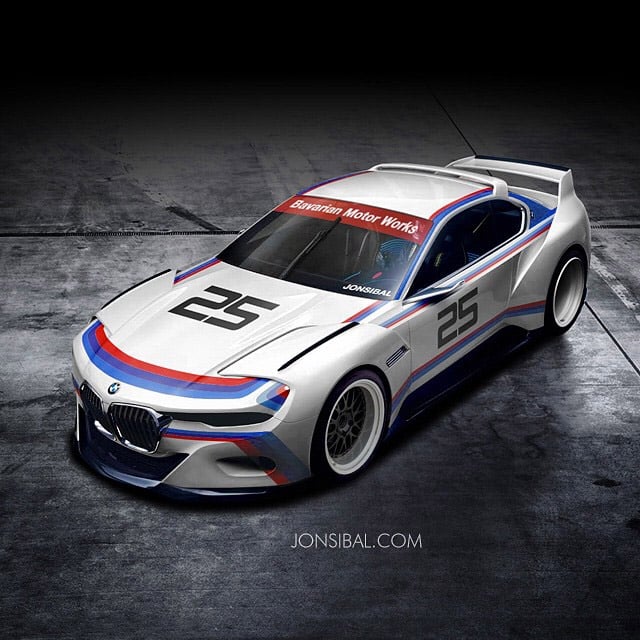 While the flared fenders and extreme aerodynamics on the recently revealed BMW 3.0 CSL Hommage are best described as hypermodern, it’s easy to forget it’s a tribute to a car that made its debut back in 1972. To drive home that point, comic book artist and automotive illustrator Jon Sibal decided to wrap the new car in classic BMW racing livery.

In my opinion, Sibal’s white, red and blue striped revamp is a major improvement over the gaudy greenish-yellow that BMW decided to show their concept in. Perhaps if they decide to actually produce the car, they’ll borrow Jon’s idea. What do you guys think?