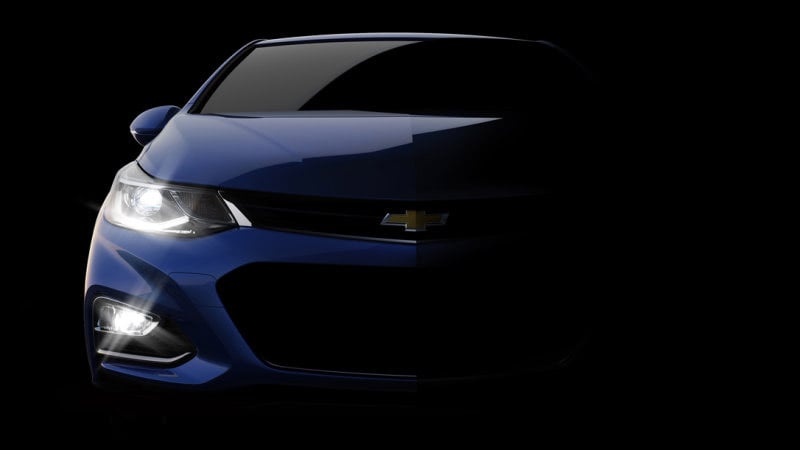 Chevy has jumped onto the teaser bandwagon with both feet recently. The company teased us nearly to death with the new Camaro before fully revealing it a few weeks back. Chevy is now teasing the all-new 2016 Cruze, which is set to be unveiled June 24.

The Cruze is a very important car for Chevrolet; it has been one of the automaker’s best sellers. The teaser image you see here shows us about half of the front of the car and what I see looks good.

It has a familial resemblance to the Malibu to my eyes. The 2016 Cruze will be larger, but lighter than its predecessor and will come with new engines under the hood. The car will roll into showrooms early next year.