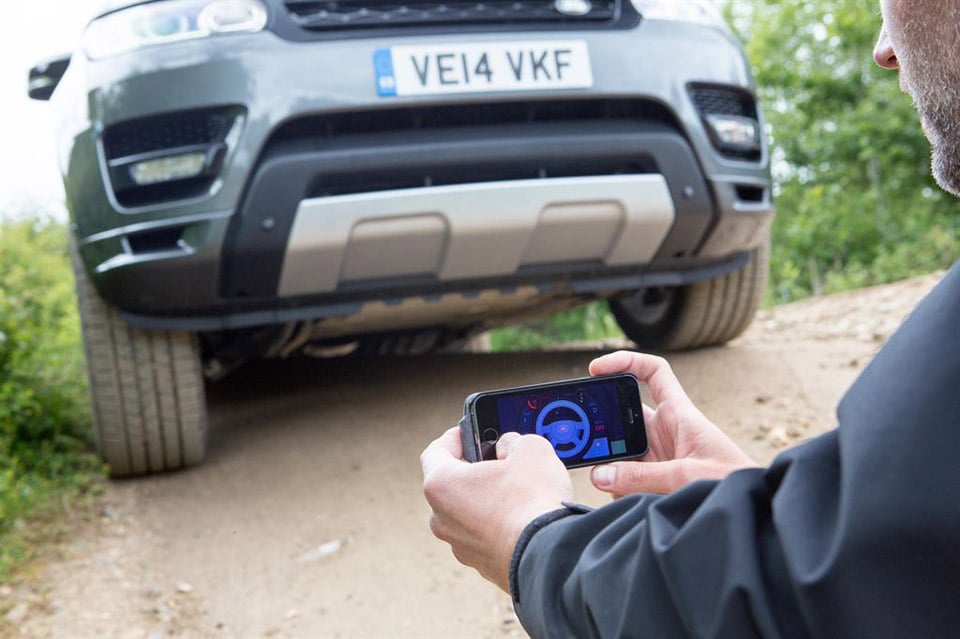 Land Rover is testing a new remote control driving system that sounds like something straight out of James Bond movies. The prototype system allows a driver to control their vehicle at speeds of up to 4mph while outside the vehicle via an app running on their smartphone. The idea is to allow the driver to navigate difficult terrain where a spotter is typically needed without needing a second person in the car.

The smartphone app connects the driver to the vehicle and gives the driver a virtual steering wheel, shift levers, brake, and throttle.

Most Land Rover vehicles will never go off-road, but the system could help drivers in the city as well. Using the remote control, drivers could navigate in and out of tight parking spaces from outside the vehicle.

Land Rover also showed off an autonomous driving system that can perform a multi-point turn on the road with no input from the driver. There is no word on when or if this tech might come to production vehicles.