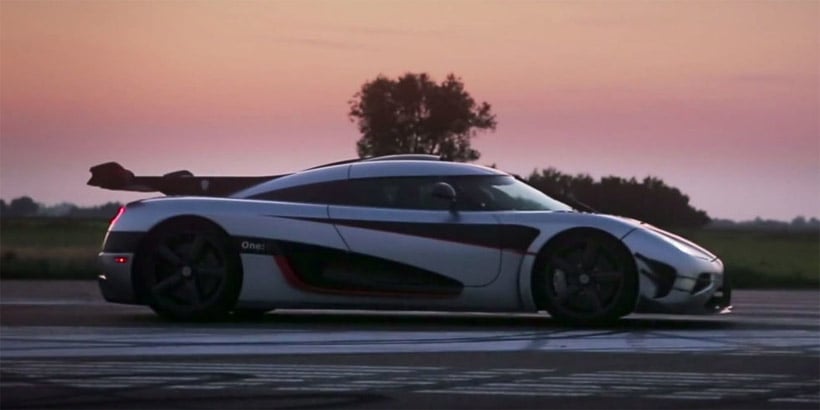 You might not know it but there is a long standing tradition in the sports car world of trying to beat the record for sprinting from a standstill to 300 km/h (~186 mph) and then back to zero. The current record is held by the sexy and fast Koenigsegg Agera R. Another Koenigsegg car is currently getting ready to take that record.

Koenigsegg has released a video of the new hypercar called the One:1 practicing for the run and from the looks of it, the record will easily fall. In the test, the driver zips the car from 0-300-0 km/h in just 17.95 seconds.

That shaved 3.24 seconds off the Agera R’s time, which set a world record back in 2011. Note in the video that the car actually goes to 321.9 km/h, which works out to 200 mph on the nose for U.S. sports car fans. I can’t wait to see that the One:1 does in the officially-sanctioned record attempt.