A Snowmobile Drag Races Against Ferraris

A Ferrari and a snowmobile meet up at a drag strip – that sounds like the start of some kind of lame car joke. But the video surrounding this actual match-up is anything but silly.

19Bozzy92, the person who posted the video on Youtube the other day explained that he was attending the Modball Rally’s 2015 track day at the Varano de’ Melegari racetrack in Italy when he saw the snowmobile pull up to the line to compete first against a Ferrari F430 Spider and then against Ferrari 458 Spider.

The last thing I am going to do is tell you what happens, especially since THERE’S NO SNOW ON THE TRACK, so check it out and be amazed. But I will say this: the next time you see something crazy like this happening in front of you, make sure you record it on video, because if someone would have told me this had happened, I never would have believed them without actually seeing it.

Homely Yes, But This Ferrari Can Fly 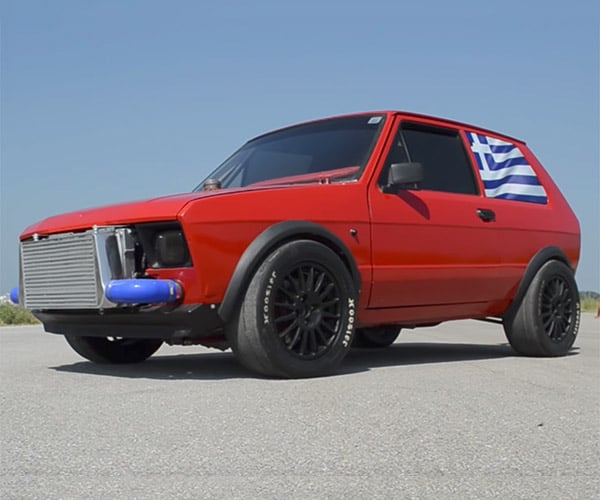