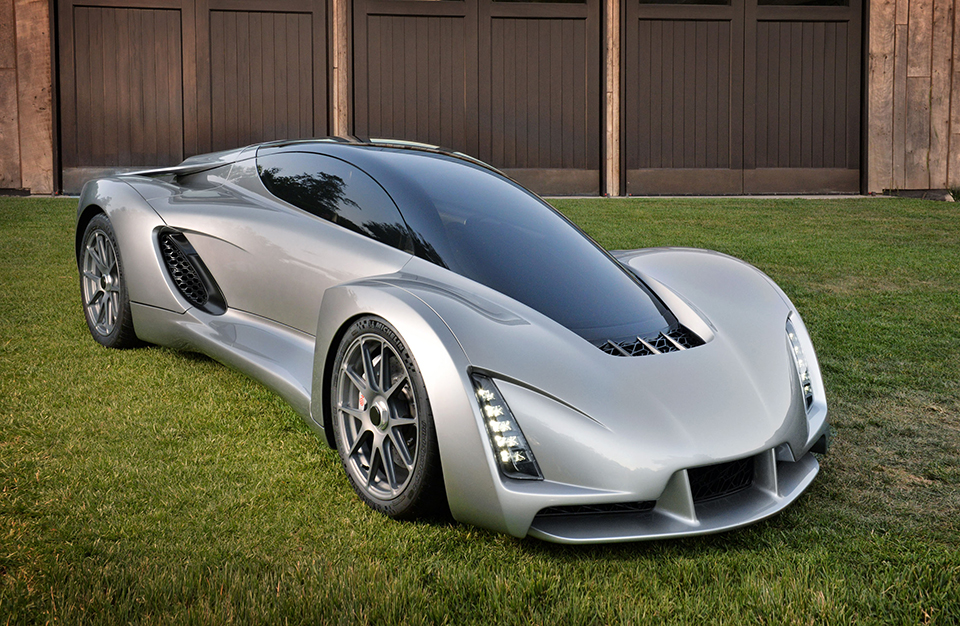 Last fall, Local Motors unveiled a mod-looking little car called the Strati that was constructed using a massive 3D printer. Like most all of these projects, the shell of the car was built layer by layer, was essentially one piece and took about 44 hours to complete. Now a company called Divergent Microfactories (DM) has produced a 3D-printed prototype car, but in an entirely different, non layer intensive way. 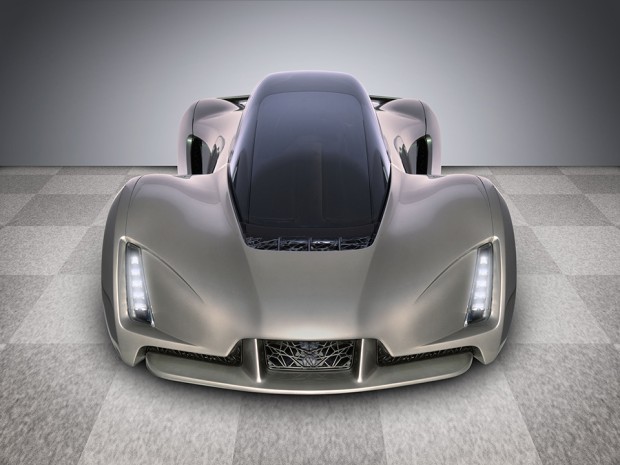 First of all, the prototype itself is incredible. Called the Blade, which is exactly what it looks like, it features a 700-horsepower engine that can get up to 60 mph in an insane 2.2 seconds. But the performance stats on the Blade are not what’s really impressive. It’s the way it was built that’s really astounding. Instead of making a 3D-printed car in a giant machine, DM’s method is to 3D print a bunch of what they call “nodes,” and then connect them together with carbon fiber tubing – like giant TinkerToys. The Blade’s chassis was built using about 70 of these nodes, which are made from aluminum, and connecting them by hand took only a few people about half an hour. And here’s the really astounding figure – the chassis weighs just 61 pounds.

So while the Blade is an amazingly powerful prototype, what DM is really stressing is that their new construction methods can allow cars to be produced outside of giant factories, using non-skilled labor, resulting in lower costs and having much less of an impact on the environment. 0 to 60 in 2.2 seconds is amazing, but revolutionizing the way cars are constructed is the real mind blower.