I used to hate SUVs, and thought that “performance” versions of them were the dumbest thing ever. Then I had kids, and realized that there comes a time when you can’t fit your family into a two-door Mustang no matter how awesome the car sounds or the fact that it has gobs of power. So you end up looking for a SUV mostly because your wife is making you, not that I am bitter or anything.

I can now see the value for car guys in cool SUVs that have some performance. I don’t see any SUV being as fun as a real sports car, but a performance version is better than something like a normal Tahoe or other boring ride. Take the Jaguar F-Pace. This is a new performance SUV based on the C-X17 concept and it will hit dealers in the US.

So far, we only know what the concept looks like, borrowing design elements from the F-Type, and riding on Jaguar’s all-new modular aluminum architecture. Jag has released a teaser video with the production vehicle suitably swathed in shadows, and about the only new thing we can make out are the new honeycomb-style LED headlamps. We won’t have to wait too long to see the full vehicle, as Jaguar plans to launch it at the Frankfurt Motor Show this September. 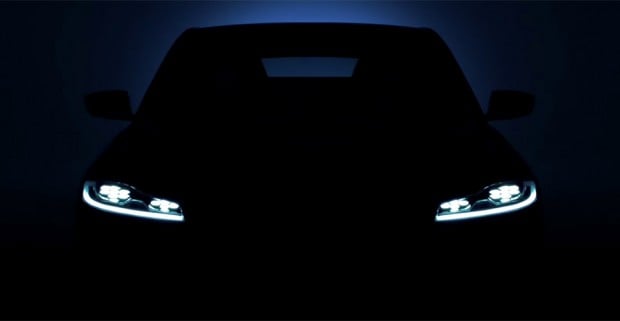