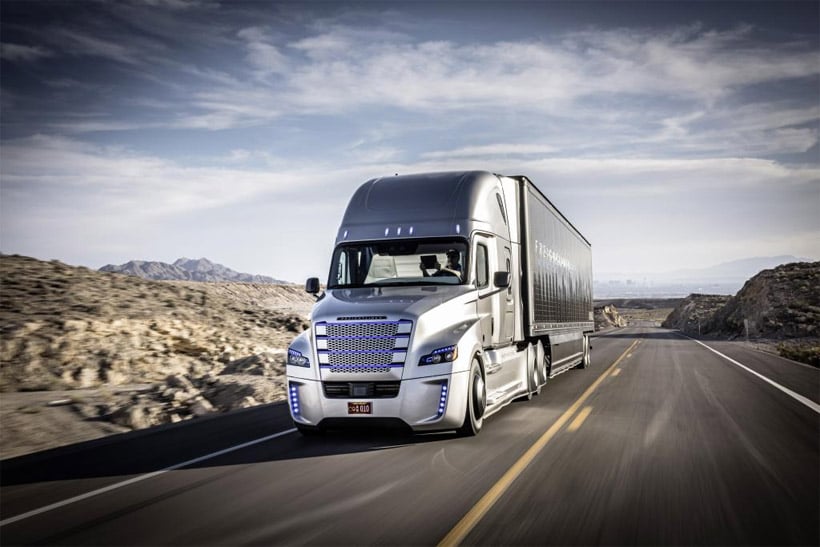 If the thought of autonomous cars the size of giant cereal boxes alarms you, then stay out of Germany. Daimler announced that very soon they will be testing their autonomous 18-wheelers on Teutonic roads with the hopes of an actual product application within the next two years. Our thoughts can be summed up as, “It had better be good.”

To allay any fears on the part of the public (and pedestrians, parallel parked cars, dogs), Daimler has already used a degree of autonomous technology to their Freightliner Inspiration, which was officially the first partially self-driving commercial truck to “drive” in Nevada – utilizing a slew of cameras and radar to go near-autonomous on the big open desert roads. Not a bad place to start, frankly.

Wolfgang Bernhard, Daimler executive board member for the company’s trucks, told the Frankfurter Allgemeine Sonntagszeitung, “We are positive that we will get approval for tests on German motorways within the next weeks. Then we will start immediately.” Does this mean truckers asleep at the wheel will someday be legal?