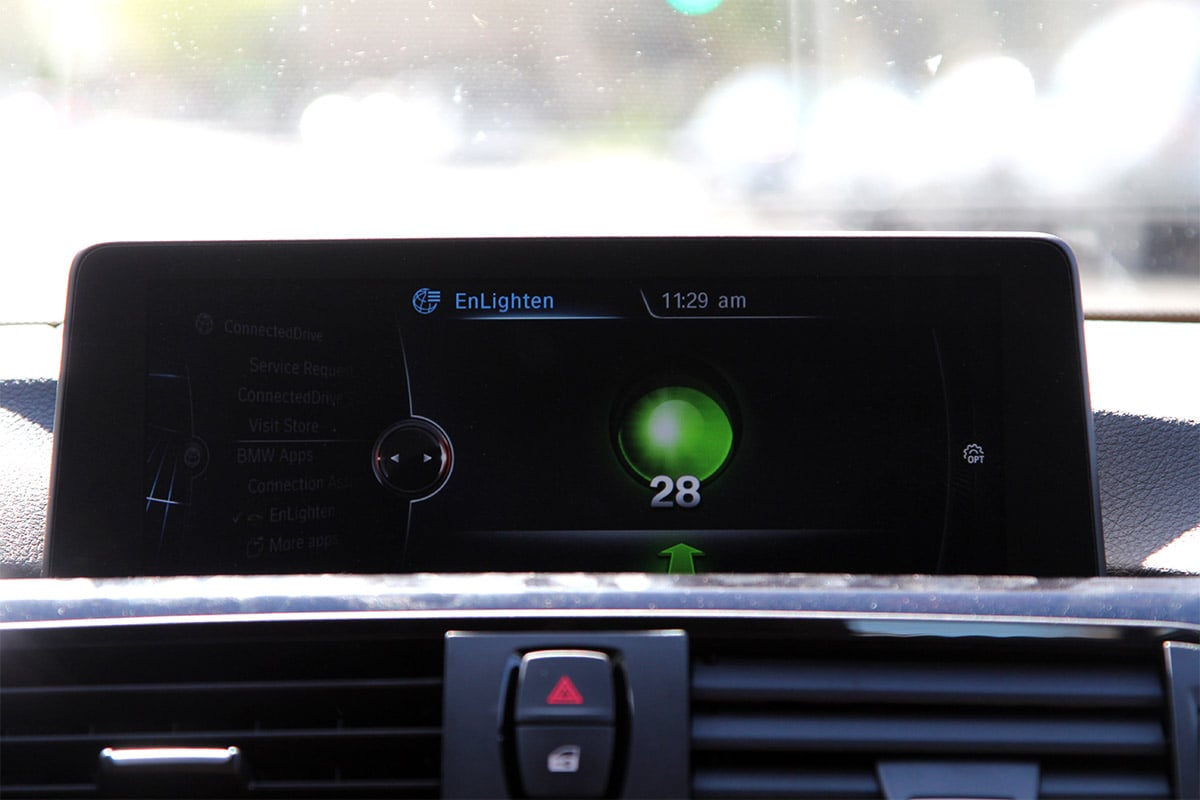 Think about how convenient it would be if we knew exactly how long it was going to be before the light we were stopped at would change from red to green. It would also be great if we knew the light in front of us would remain green long enough for us to make it through without flooring it or stopping quickly.

BMW has a new app for iOS devices that works in conjunction with the iDrive screen in the car called EnLighten. With this app running, drivers in certain cities can get a green light and red light countdown. BMW figures knowing how long the light will be red will help drivers use less fuel, and make for safer intersections. The system relies on real-time traffic signal data provided by Connected Signals.

The catch for now is that the app only works in Portland and Eugene, Oregon and Salt Lake City, Utah, though Connected Signals also lists Las Vegas,NV, Christchurch, NZ, Arcadia and Walnut Creek, CA as well. BMW plans to bring the iDrive EnLighten app to more cities in the future.