Father and Son Keep Drifting Along

An unlikely high-speed drifting duo first surfaced on Youtube in 2013 when Anton Avdeyev of Kazakhstan filmed he and his three-year-old son on quite the wild ride. The daredevil dad posted another ride with his kid a year later, and his most recent rip around the track with his son, now 5, just went up and already has almost 1 million views.

The latest insane edition begins with son helping dad change the tires on his growling, camo green Toyota JZ86 Gorilla Tru, then we see the tyke strapped into his racing seat and they’re off. Dad peels out, and we see the car go balls-out, drifting madly around the track. But the best footage comes from inside the cockpit, where Anton’s son screams with glee, eyes totally bugging out while his tongue does its best Michael Jordan imitation as they fly through some seriously touchy turns. The kid is hilarious and having the time of his life (and if I ever did anything even remotely like this with my son my wife would cut my throat).

As always, it’s great to check out the comments on infamous over-the-top videos like this. Basically everyone is super into the stunt, with one person calling Anton the “Coolest dad” and another weighing in with this on the spot description: “The kid sounds like a supercharger when he is screaming lol.”

Take a Nap in a BMW, Sorta 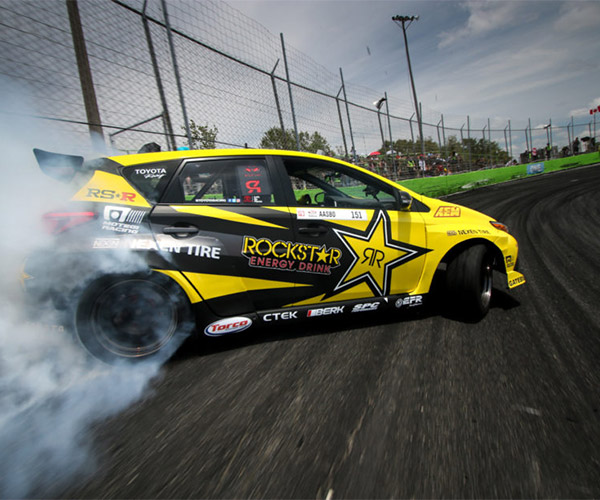