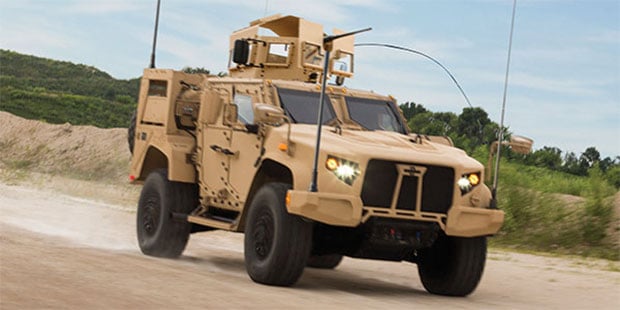 A company called Oshkosh Defense is now tasked with building the replacement for the aging fleet of Humvee vehicles that the U.S. military has in use today. The Joint Light Tactical Vehicle or JTLV was chosen recently after a three-year investigation phase.

The JLTV is said to be larger, safer, and more reliable than the Humvee, with ballistic protection similar to that of a light tank. The competition included Oshkosh, Lockheed Martin, and AM General. All of the firms submitted 22 prototype vehicles for the 14-month test period.

The contract Oshkosh has won is for the production of 17,000 vehicles, worth a total $6.75 billion, though could eventually result in production of up to 50,000 vehicles. The first units will arrive in 2018, continuing through 2040. Production ramp-up will span three years and 5,500 of the JLTVs will go to the Marine Corps between 2018 and 2022.