Bentley Goes off the Beaten Path with the Bentayga 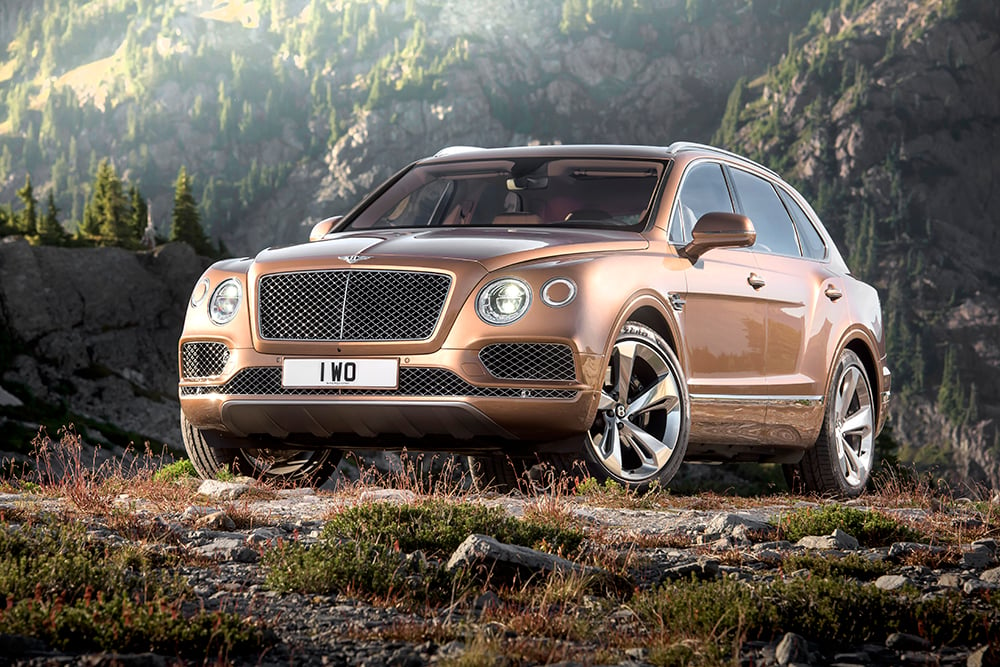 After much teasing, Bentley has gotten into the SUV game in a opulent way with the newly announced Bentayga. Set to launch officially in Frankfurt next week, the Bentayga is – according to Crewe’s breathless press release – the most luxurious, fastest SUV on the market.

Reviewing the details on the Bentayga, that’s certainly a viable claim. Designed both for urban sophistication and brutal off-road conditions, this high-end SUV boasts a laundry list of top-of-the-line appointments and rough-ride capabilities.

The Responsive Off-Road drive setting option encompasses up to eight modes, allowing drivers to choose whatever dynamic set-up conditions demand. Bentley tested out the Bentayga everywhere from the -30 degree Celsius climes of the North Cape to the 50 degree Celsius sweltering heat of the Dubai desert. They also put the SUV through more than 400 laps on the Nurburgring to fine-tune the high-speed driving dynamics.

At the curb, the Bentayga makes its presence felt with a flowing, muscular profile, an imposing quartet of floating all-LED headlights, and an illuminated “B” shaped graphic on the tail for an unmistakable night-time greeting to trailing traffic. A standard panoramic glass roof comprises nearly 60 percent of the total roof surface, while alloy wheels complete the look in sizes from 20” to 22”. 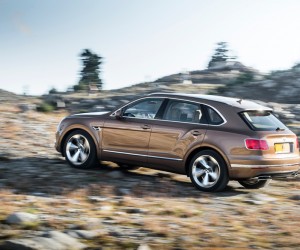 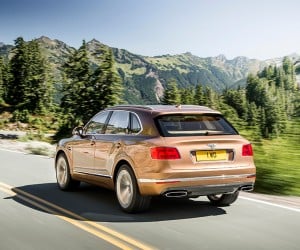 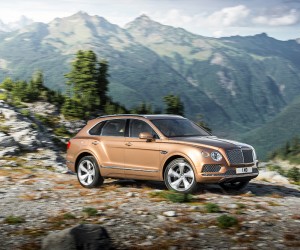 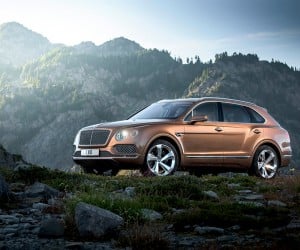 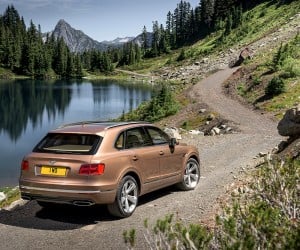 At the same time, Bentley swathed the Bentayga’s interior in yards of veneered woods, fine upholstery and metal elements. Buyers can add a bespoke mechanical Mulliner Tourbillon by Breitling, which comes machined in either rose or white solid gold, with either a mother-of-pearl or black ebony face, and eight diamond indexes. The handcrafted, 22-way adjustable front seats feature a massage feature, contrast stitching and a quilted diamond design that echoes the tailoring of a British hunting jacket. 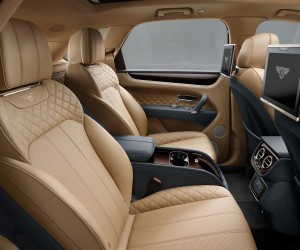 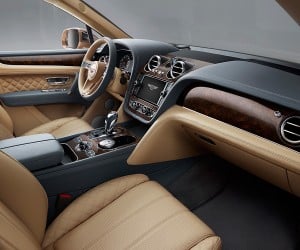 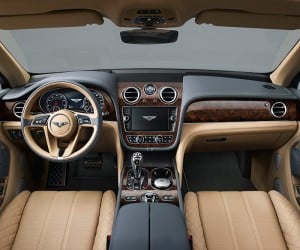 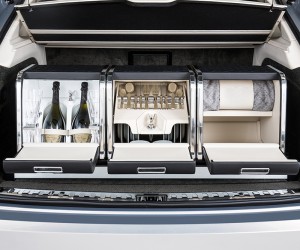 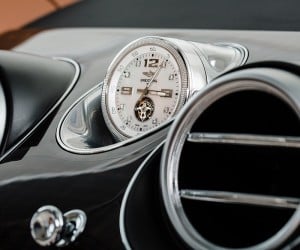 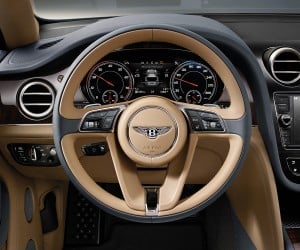 Speaking of hunting, when you release the hounds on the Bentayga’s 12-cylinder, 6.0-liter twin turbo engine, you’ll have 600 horsepower and 663 lb-ft of torque at your disposal. That impressive, new mill makes the 5,000+ pound Bentayga capable of a 0-60 sprint time of 4.0 seconds and a top speed of 187 miles per hour. Yet thanks to advanced Start-Stop fuel-saving technology, the eight-speed Bentayga’s engine rests not only when standing but also at near-to-stop speeds, cutting back on that petrol bill. The vehicle also saves on fuel by “sailing” in idle at highway cruising speeds, with the engine kicking back in when the throttle is applied or an incline arrives.

The genesis of the Cayenne proved to be a brilliant marketing move for Porsche. It remains to be seen if Bentley can capture similar magic by veering off-road with the Bentayga.