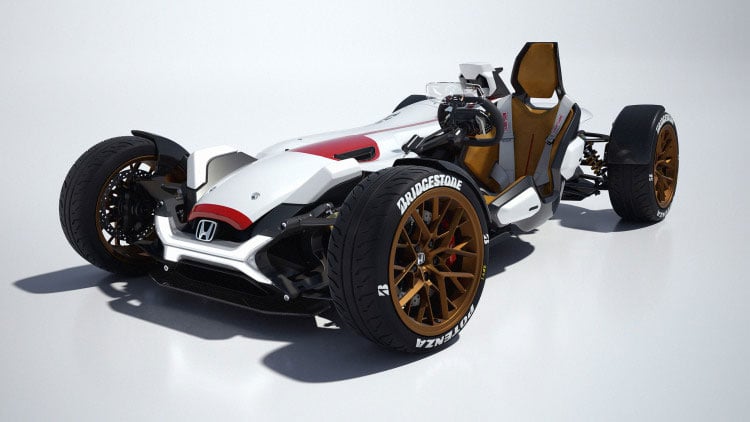 Honda has unveiled one of the coolest concept cars that has ever worn the company’s name. It’s called the Honda Project 2&4, and it is a four-wheel minimalist car with the heart of a racing motorcycle. Not just any motorcycle mind you, the heart of this little concept is the 1.0-liter V4 plucked from a Honda MotoGP racer.

The engine comes out of the Honda RC213V, tuned to put out 212 hp and 87 lb-ft. of torque. The redline for this screaming beast is 14,000 rpm, and power goes to the ground via a 6-speed paddle shift transmission. 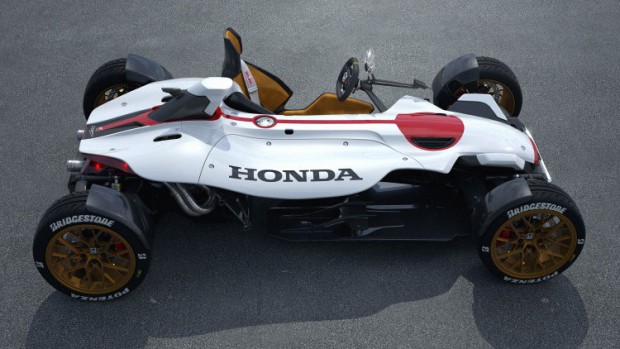 The horsepower figure is impressive, though the torque number is quite low. The upside is that the entire concept weighs only 893 pounds, so it’ll still probably fly. This may not look like the safest of cars, but a Polaris Slingshot doesn’t look much safer to me.

Still, I hope Honda builds this one. In the mean time, if you happen to be journeying to the 2015 Frankfort Auto Show, you can check it out in person there. 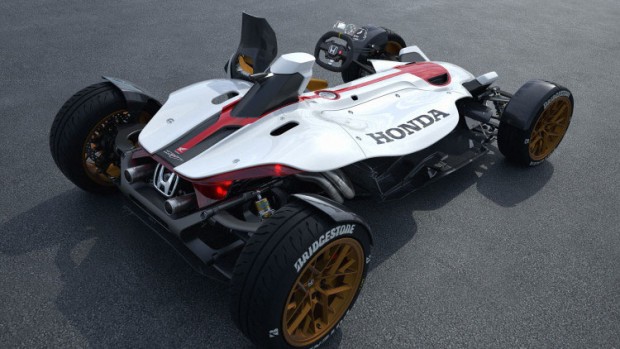