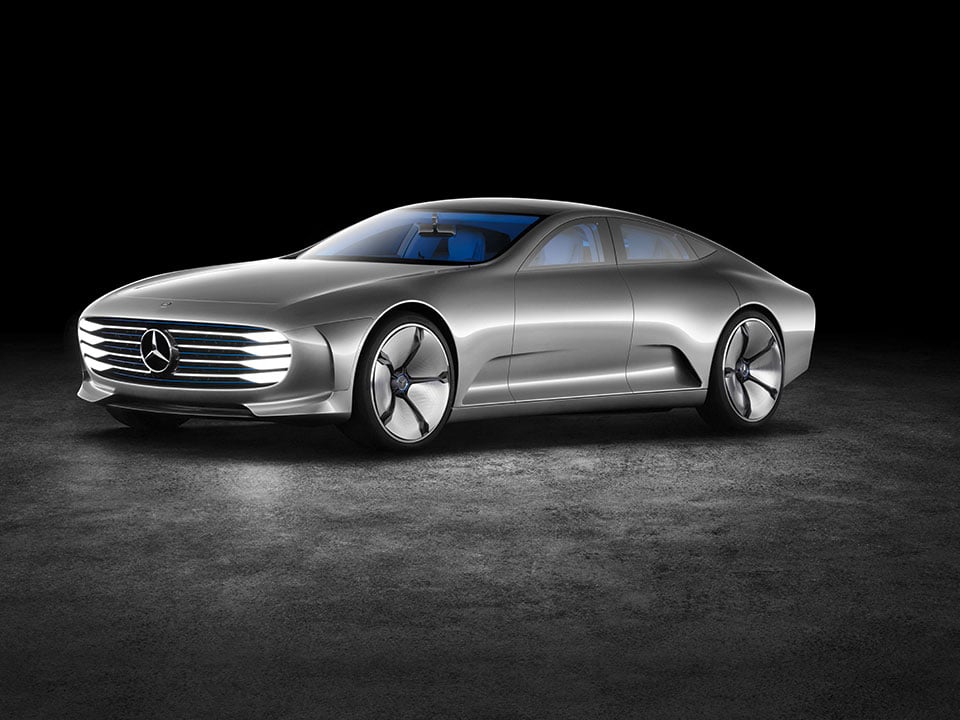 Mercedes-Benz unveiled a new concept car at the 2015 Frankfurt Motor Show designed to showcase the future of aerodynamic design. The Concept IAA has the lowest coefficient of drag in the world according to Mercedes with a Cd value of 0.19. The car is a four-door sedan and when it reaches 80km/h (~50 mph), the shape of the car changes. 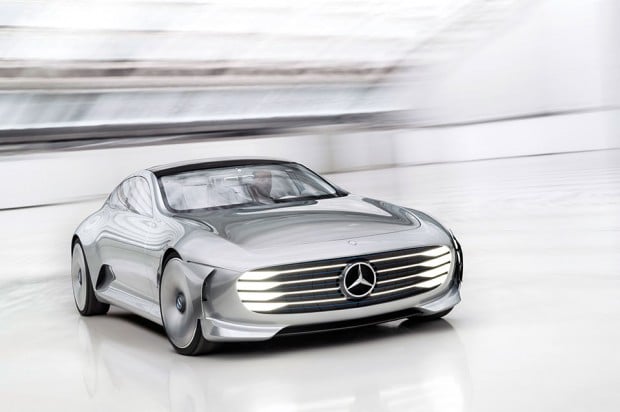 At that speed, the car switches from design mode to aerodynamic mode altering the shape of the vehicle. The vehicle’s shape can also be changed on demand at the touch of a button. The concept has eight shapeshifting sections on the rear that increase its length up to 390mm, front flaps that extend bumper length by 25mm to the front, and 20mm to the rear. 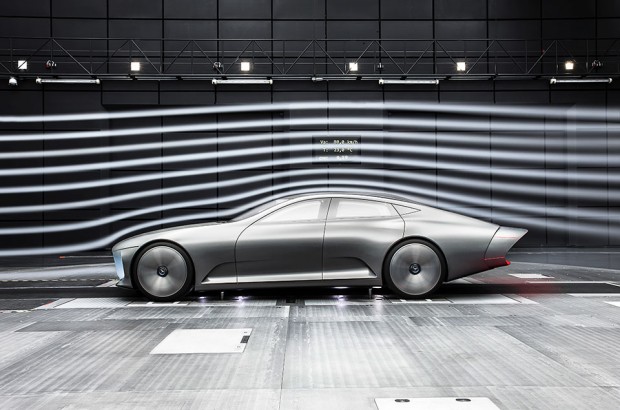 Those bumper flaps are designed to improve airflow around the front end of the car and the front wheel arches. Mercedes also uses Active Rims on the car that change their cupping from 55mm to zero and a louver in the front bumper moves 60mm to the rear to improve underbody airflow.

Beyond its efficiency through the air, the Concept IAA is also designed to be energy efficient. It’s got a hybrid drivetrain with a total output of 279hp and is capable of going 62km (~38 miles) on electricity alone.