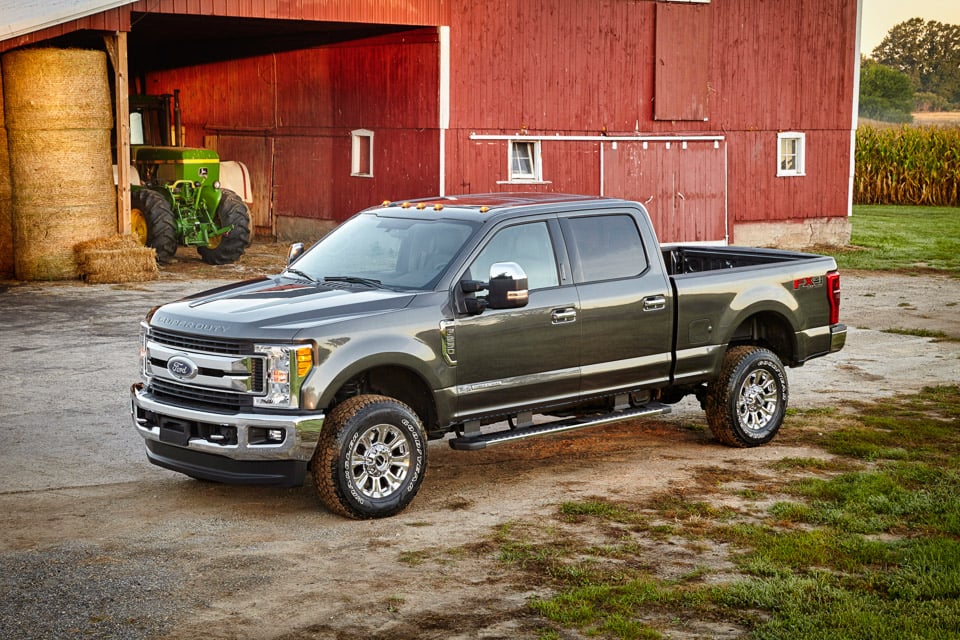 Ford has taken wraps off the latest version of its industrial workhorse, the 2017 F-Series Super Duty pickup truck. By incorporating a new fully-boxed frame, and a combination of high-strength steel and aluminum, the truck is not only sturdier than the outgoing model, it’s up to 350 pounds lighter. 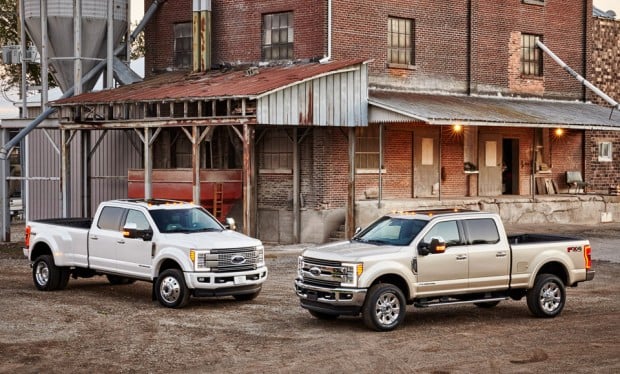 The Super Duty’s new frame is said to be up to 24 times stiffer than the previous model, which helps the new truck tow more than ever before (though Ford has yet to release towing figures.) Thanks to the use of high-strength aluminum, its body is supposed to resist dings and dents better than steel, and isn’t susceptible to red rust like steel either. 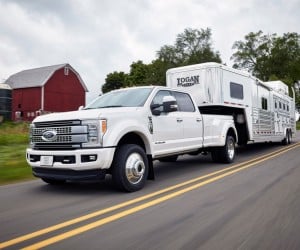 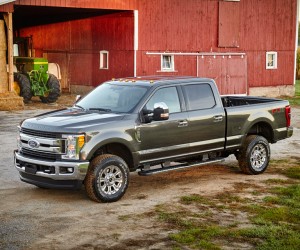 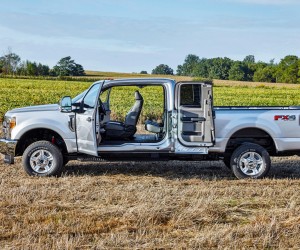 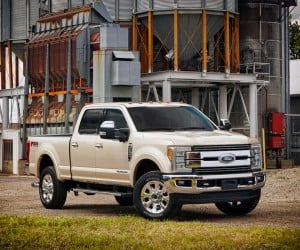 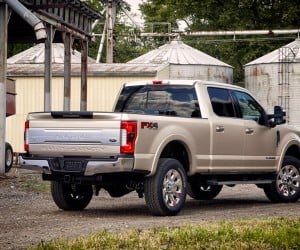 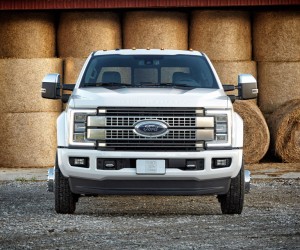 Ford has also packed the new Super Duty with tech, with an eye towards making hooking up and towing loads easier than ever before. When fully equipped, the trucks will come with seven cameras, which provide a variety of viewpoints to improve visibility, including a 360-degree bird’s eye view, one which lets you monitor the cargo box, and one that can be mounted on the rear of a trailer. 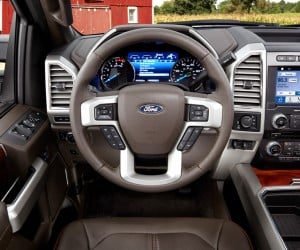 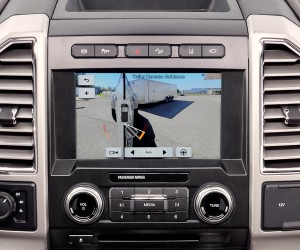 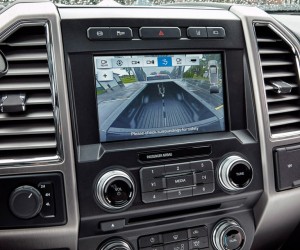 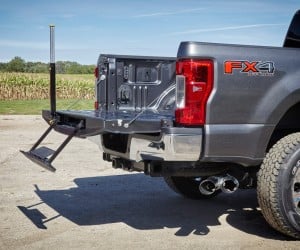 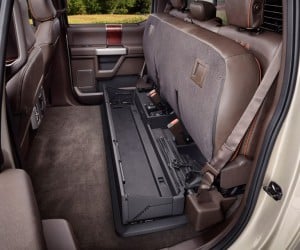 Engines available will include a 6.7-liter Power Stroke V8 diesel, a 6.8-liter V10, and a 6.2-liter V8 gasoline engine. Ford will offer the Super Duty in a variety of trims, including XL, XLT, Lariat, and the luxurious King Ranch and Platinum variants. Cab configurations include Regular, SuperCab and CrewCab. Ford expects to start delivering its first 2017 F-Series Super Duty trucks in late 2016.