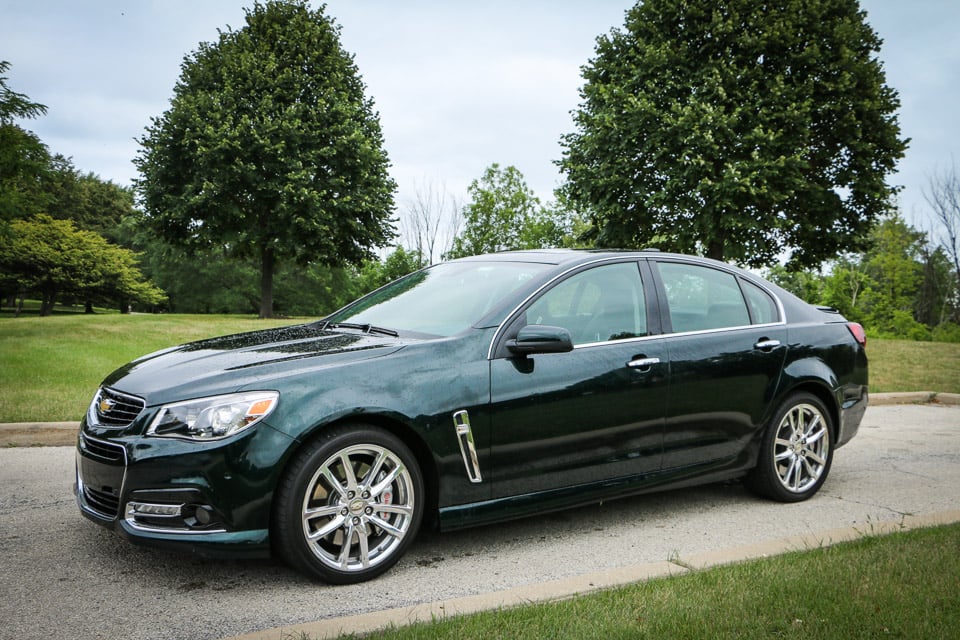 Midlife crises are weird. They manifest themselves differently in every guy between the ages of 40 and 55 who needs to assert himself as still virile, still capable or just not quite dead yet. Back in the day, it was about cars. Red convertible sports cars seemed to be the order of the day, allowing the V8 assisted wind to blow through what remained of the driver’s hair – and the paint so bold as if to say to law enforcement, “I’ve got more than enough money to pay for the speeding ticket you’re about to give me.” But times change. Guys want the power and the performance but still need to do things like drive the high school age kids to team practices and get to business meetings without looking like a complete tool. This is why the sleeper car still exists, and the new Chevrolet SS keeps that segment alive. 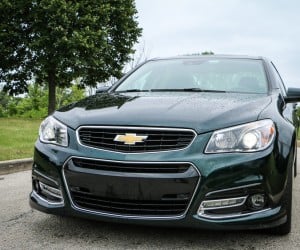 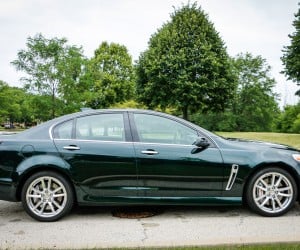 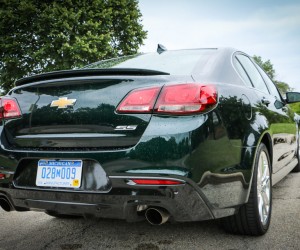 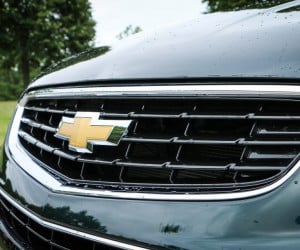 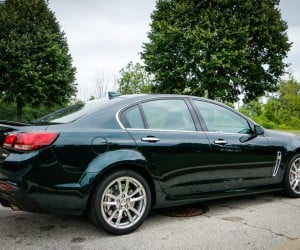 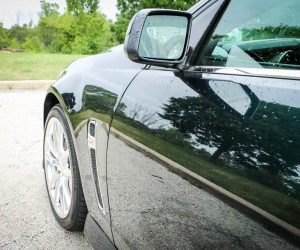 Sleepers are pretty much what the term sounds like. Under-the-radar, stealthy, aesthetically a bit on the vanilla side. But when you wake it, all hell breaks loose, and you get an iron-fisted punch to the solar plexus. What you thought was as exciting as lightly-toasted white bread turns into the mother of all meals. Well, the SS is a car that’s built for both raucous speed and blistering performance without the dramatic dress of something like a red Corvette Stingray. Chevy saluted those customers who want the speed without the visual fanfare with apparent disregard for potentially very low sales figures. 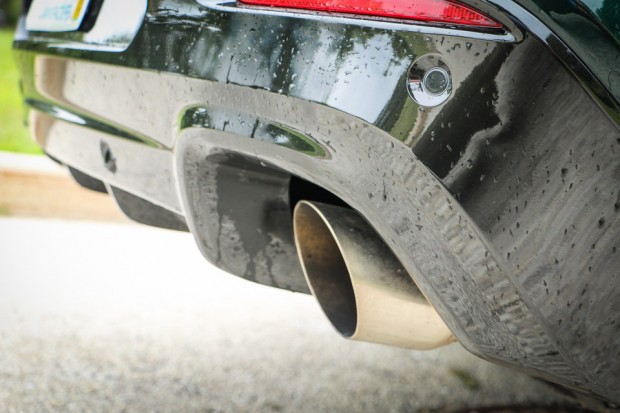 The SS is, quite shockingly, the only American performance sedan you can get with a stick shift, which is saying something. In 2014 the SS bowed with only an automatic transmission, but the diehards have gotten their way in 2015 with three pedals and a nice ropy shifter. The SS’s previous GM predecessors have taken a proverbial dirt nap. Gone are the Pontiac GTO and the G8 (well, gone is Pontiac, period). No sedan offerings from Ford (the Taurus SHO) or Fiat Chrysler (300C, Charger R/T) offer a manual tranny, sadly. But we can understand that the potential customers just aren’t there. After all, if you’re over 40 years old – do you want to shift your own gears? We do, but we’re odd that way. 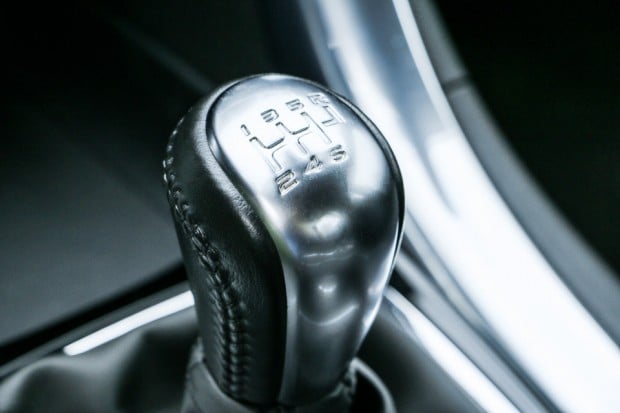 The SS is essentially an Americanized version of the Australian Holden (Aussie General Motors) Commodore SSV, with the grille emblem and rear nomenclature as the only major visual distinctions. Even the double-spoke wheels are shockingly similar. But there’s no reason to really change the looks to bring it to America as a bonafide sleeper. The sheetmetal is handsome, but understated. Hell, it even looks like a big Buick Regal at some angles, lending to the notion that the SS was never meant to really turn heads. The only drama on the exterior of the car is the big grille section beneath the bumper, the long LED fog lamps, the 19” forged and polished aluminum wheels, and the vents just behind the front wheels – and even these seem fairly understated compared to most performance-oriented cars. Hell, even a lime green Chevy Spark gets more attention. 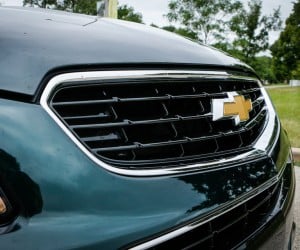 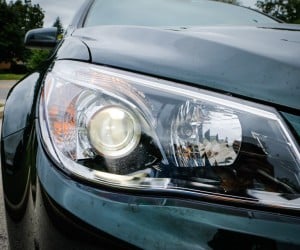 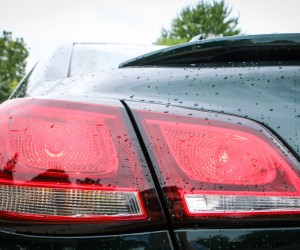 The dark cabin won’t win any design awards, but it’s in line with the SS’s understated exterior. Everything is functional in appearance, and other than the huge and supportive sport seats and the large 8” touchscreen, there’s not much show going on. My favorite aspects of the interior are the rubber-nubbed aluminum pedals, the contrast red-stitching that matches the SS logo color and the well-designed 6-speed manual shift knob that feels great in the hand. HVAC knob controls have easy-to-read digital displays and ham-fisted accommodation during fast driving – pretty much the opposite of Cadillac’s CUE system, clearly designed for drivers with hawk-like vision and the fingers of a three-year-old. 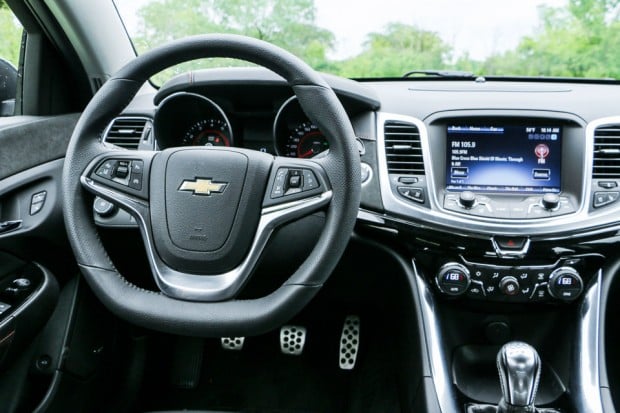 The standard equipment list is thankfully long and includes such niceties as a limited-slip differential, fat Brembo brakes, forward collision alert, rear cross traffic alert, lane departure warning, blind zone alert, rearview camera, rain-sensing wipers, heated and cooled front seats, dual climate zones and a convenient heads-up display. It’s a robust package, for sure, but we’d still want the car without all of those features since we were pretty much busy mashing the pedal and taking corners as quickly as possible – with little attention paid to the finer things in life. 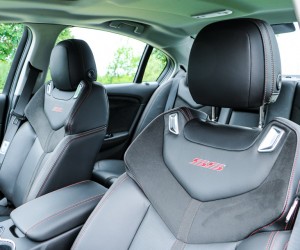 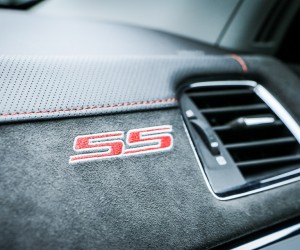 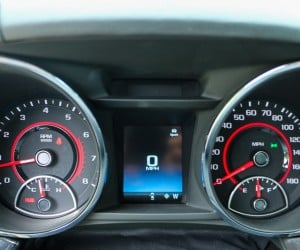 But all discussion of design fade into shadow when you get in and drive the stealthy beast. Under the nicely creased hood lies a big pushrod, 16-valve 6.2-liter naturally-aspirated aluminum block LS3 V8 with 415 horsepower and 415 lb-ft. of torque to the rear wheels. All of it’s managed by a Tremec six-speed manual transmission that changes everything. What was once a fast and capable sports sedan is now one that bends to your will with manual control. Though the clutch is woefully heavy and also needs improvement in the uptake department for lack of linear feel, what you get in terms of fun completely eclipses that issue. 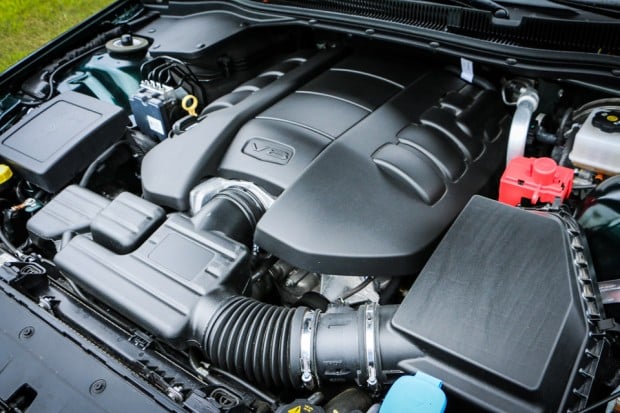 Unfortunately, there’s another small wet blanket, which comes in the form of the SS’s Manual Transmission Skip Shift function. When a specific set of conditions are present, the SS’s transmission will force a 1st to 4th gear shift, completely skipping 2nd and 3rd gears for the purpose of fuel savings and to deliberately avoid the gas guzzler tax. It’s really known as a CAGS or “Computer Aided Gear Selection” that uses a solenoid in the SS’s six speed manual transmission to force the bypass shift. You must be in first gear, at 35% throttle or less, traveling between 15 and 21 mph and with a coolant temp of more than 171º F. Thankfully, for under $40, you can get a plug-in system that defeats this, since it’s pretty much just plain annoying on a performance car like the SS, tantamount to putting bobble-head puppies in the rear window. 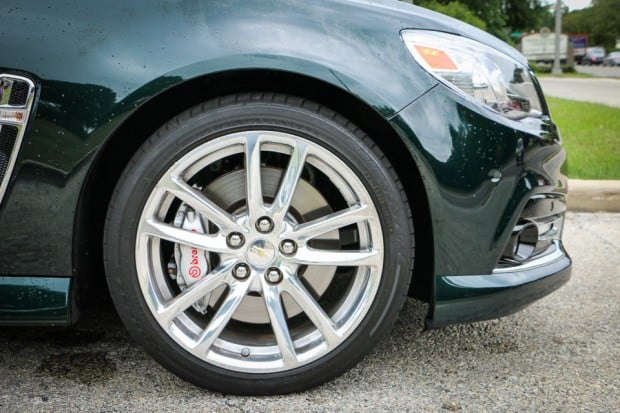 But back to the good stuff about the SS, which comes in droves. Combine the power of the engine, the chassis balance and the new manual gear management with Brembo brakes (now rear, as well as front) and now standard Magnetic Ride Control suspension, and you have a recipe for German nostalgia but with the burbling throatiness and delicious exhaust “BRAAAPP”. Yes, its truly reminiscent of my buddy’s old E39 BMW 540i 6-speed. It’s relatively roomy, understatedly handsome, well-balanced and wickedly fast. It’s a car you wouldn’t be reluctant to take the wife to dinner in (after you learn the clutch well enough to drive smoothly) and then the next morning thrash around at the track. The SS will easily do 60 mph in 4.7 seconds, and can handle apexes like a sports car. 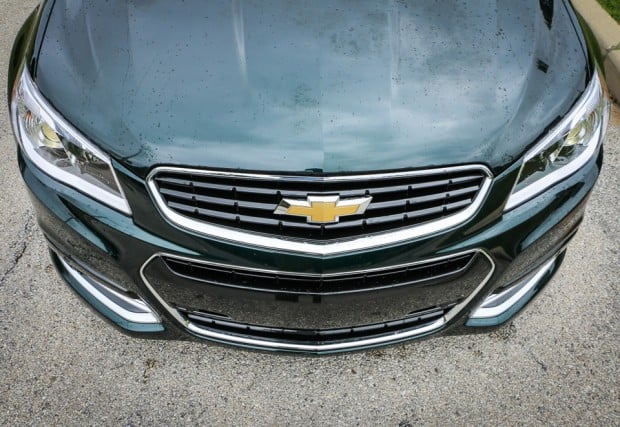 We know that the SS won’t sell in huge numbers for two reasons. One, the production is severely limited. Holden Australia only releases a handful for export. Two, it’s just not a high-demand car – with only true enthusiasts looking to purchase one. It’s not a car that your average joe is looking for. Regardless, the mere fact that a car like this still exists on the modern landscape is proof in the pudding that driving enthusiasts haven’t been completely ignored, and that Chevrolet is committed to delivering driving excitement beyond just the Corvette and Camaro. For 2016, the fascia will get revisions including bigger vertical air intakes, revised LED lighting and functional hood vents. The mere fact that it’s at least getting an additional year of production means that the car gods are smiling upon on us still.