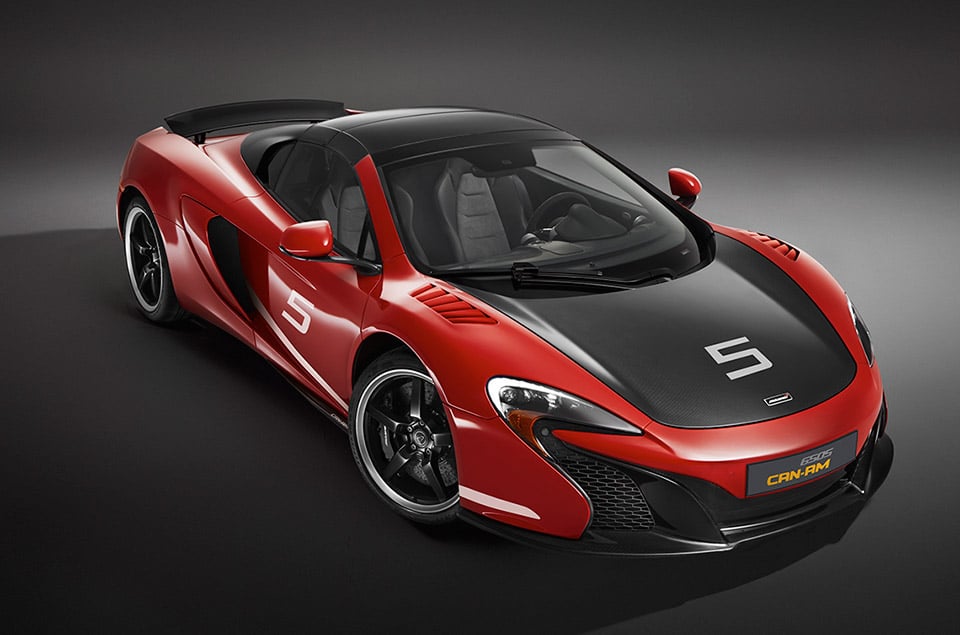 McLaren has a long history of building impressive, race-winning cars, not the least of which were the cars it built for the Can-Am Challenge Cup. In fact, McLaren cars won five consecutive Can-Am championships between 1967 and 1971. To pay tribute to this impressive heritage, the company has announced a Can-Am limited edition of its 650S Spyder sports car. 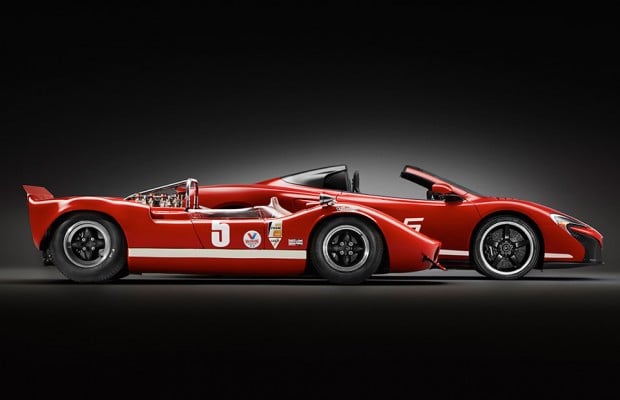 The changes to this very special McLaren run deeper than just its livery though. The 650S Can-Am has been bestowed with lovely bits of exposed carbon fiber throughout. The modern woven material can be seen on the hood, the rear wing, rear grille and on a unique retractable hard top. Other upgrades include custom lightweight forged alloy wheels with spokes inspired by the classic Can-Am racers, along with carbon ceramic brakes, and a quad-port stainless exhaust system.