Hitting the Track and the Hills in the New CTS-V

Just how good is the third-generation Cadillac CTS-V equipped with the Corvette Z06 engine? That is the question, per Motor Trend’s latest video. MT’s Randy Pobst and Jonny Lieberman put the ballsy new Caddy through its paces at Willow Springs race track in California and the Virginia City (Nevada) Hill Climb on Mount Davidson, a 7,864-foot peak in the Sierra Nevadas.

With its incredible chassis and 640 horsepower and 630 lb-ft. of torque at its disposal via the Z06 mill, the new CTS-V acquits itself admirably in both venues. It carves up Willow Springs with Pobst at the helm. Pobst laments the V8 sounds from the old CTS-V, but I like the sound of the supercharged Vette V8 captured as the CTS-V tears down straightaways, and the supercharger whines operatically as Pobst rips off a lap on Big Willow.

Up in the thin air of the mountains, that supercharger comes in handy for Lieberman as he tackles the 44th running of the Virginia City Hillclimb, jointly put on by a Ferrari club and a Shelby club. Going up against Ferraris, Porsches, Mustangs and a slew of other powerful rides hellbent on racing to the top, Lieberman fares much better than a predicted 4-minute climb time. Ultimately, he clocks in just below 3:37, besting every Ferrari in the field. Not bad for a straight production Caddy.

So just how good is this latest CTS-V? Based on this video, we’d have to say, “damn good.” Or as Lieberman bluntly puts it: “The new CTS-V… it’s a hell of a beast.” 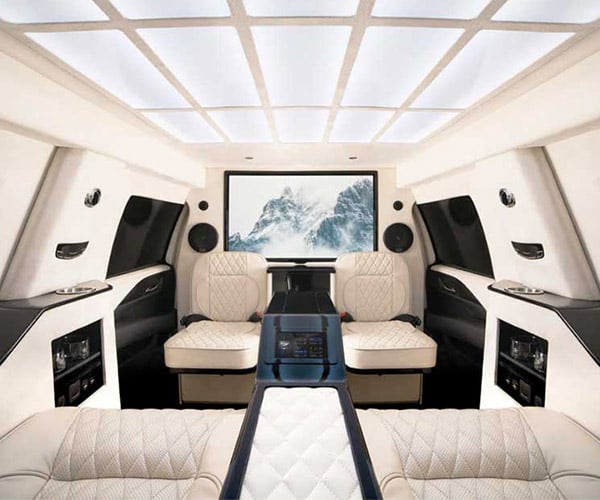