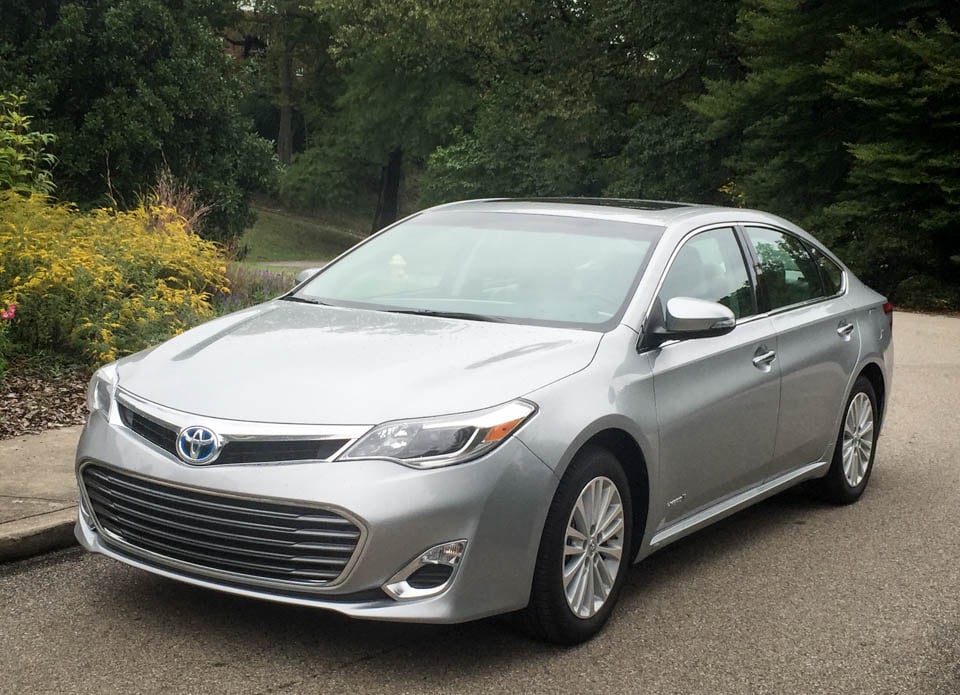 When you think Toyota and hybrid, likely the Prius probably comes to mind first. However, at 95Octane we like our hybrids with a little more to them than the Prius. So, I am glad to get to review a hybrid that’s more my style and more well-suited for 95Octane.

The 2015 Toyota Avalon Hybrid is the best of both worlds. It has an electric motor to go along with a gasoline powered engine to offer segment-leading fuel economy, but it also has a high-quality interior that makes Avalon the closest thing to Lexus that Toyota badges. The full-size Avalon is kind of an enigma. First, its size is still big and dominant, in a world where smaller cars are gaining in popularity. Second, it has a ride quality that is superior to even the top-selling Camry. The Avalon Hybrid has the fuel economy of a Prius, but the soul of a Lexus. 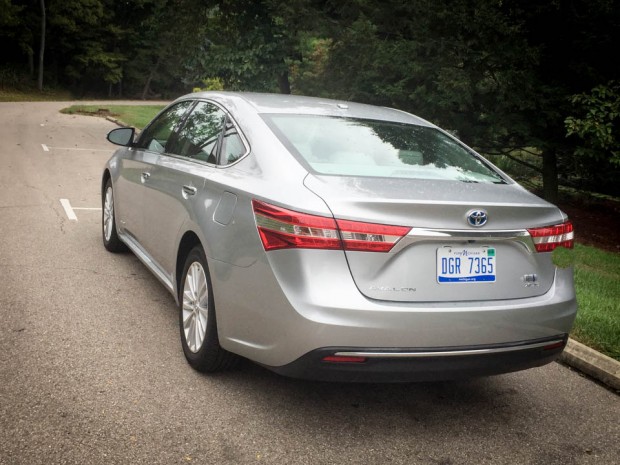 While little has changed for the current model year, the Avalon still has a distinguished exterior. The Avalon Hybrid follows Toyota’s design philosophy of keeping things simple, clean and conservative. There is little excitement to the exterior. The front end is uninspiring, and the overall design is also a little too conservative for my tastes. The best feature is the back where a severe slope starts at the C Pillar giving the Avalon a long and sloping back window. The rear view is not impeded due to this styling, but it gives quite a handsome profile for the long Avalon. Judging by this styling, you can tell the Avalon does not shy away from its full-size identity.

For a hybrid, the Avalon is reasonably powerful. An electric motor assists the 2.5-liter, 4-cylinder gasoline engine. Combined, the two engines make 200 horsepower. The non-hybrid Avalon has 3.5-liter V6 engine that makes 268 hp, so if it’s just pure power you seek, then the hybrid isn’t the one for you.

I was worried how a hybrid system would work on such a large vehicle. For a 3,638 pound car, the Avalon doesn’t feel underpowered. The 195.3-inch long car is not held back by the smaller engine, and the electric motor kicks in just in time to make it adequate off the line. A continuously variable transmission is the only downfall to the powerplant of the Avalon Hybrid. The CVT is intended to maximize fuel economy and probably serves that purpose, but it takes away from the driving enjoyment of the Avalon which was already a tame performer. The lull of the CVT makes it even tamer. 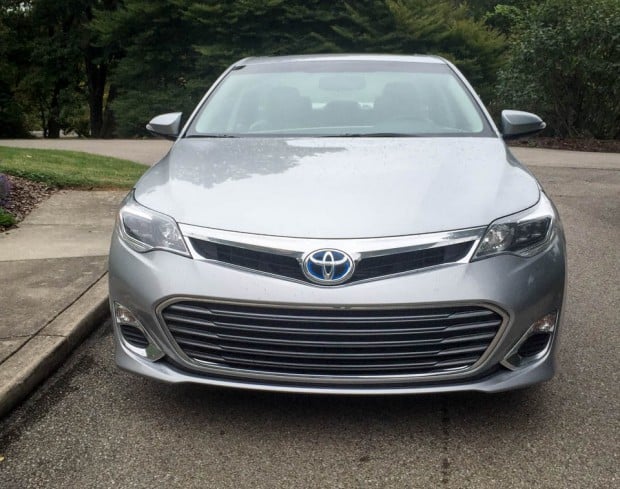 If you associate the sluggish performance of the Prius with the Avalon Hybrid, you couldn’t be further from the truth. The Avalon Hybrid is slower than the regular Avalon, but not by much. The front-wheel drive Avalon Hybrid pulls itself along, but still offers good agility on the road. For a full-size sedan it’s actually pretty spry in turns and cornering. You won’t get goose bumps driving it, but it won’t bore you to death either.

Fuel economy is the number one reason to buy the Avalon Hybrid. It’s the only full-size sedan to achieve 40 mpg in government testing. The EPA rates this Avalon at 39 mpg/city and 40 mpg/highway. In a week’s worth of driving, I barely used any fuel (only a quarter tank of gas). I averaged 39 mpg in mixed driving.

Inside, the Avalon is the nicest Toyota there is. You can squint your eyes and think you’re inside a Lexus, that’s how nice the Avalon’s interior is. 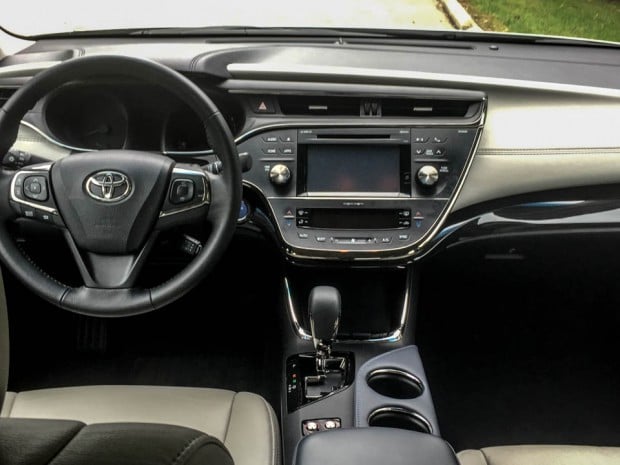 All seats are plush, leather covered and incredibly comfortable, and there are soft touch surfaces everywhere. Plus, the cabin’s excellent insulation allows minimal road noise. With the electric hybrid engine, the Avalon Hybrid is even quieter than the regular Avalon, which further adds to the refinement of the interior. 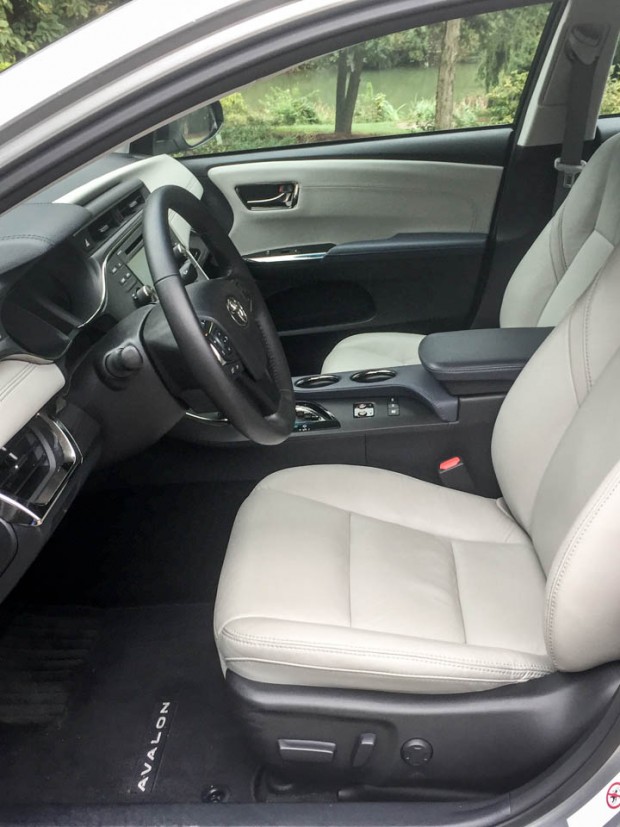 New for 2015 is the upgraded Toyota Entune system. This infotainment system is modern with fantastic smart phone integration. The 7-inch touchscreen has swipe capability, voice recognition and you can even rewind live radio. These cool features show that Toyota is listening to the consumer who demand app integration and has a thirst for technology in their infotainment systems.

The Avalon is also quite spacious. Rear seat passengers are treated to nearly as much legroom as the front passengers. Rear legroom totals 39.2 inches, compared to 42.1 inches for the front. Likewise, head room is practically the same too, with rear passengers having 37 inches of space to 37.7 inches of headroom for front passengers. Considering the sloping rear design of the C-pillar, I’d expect less headroom, but there’s plenty. But then again, for a full-size sedan, there better be ample space for even adult passengers. 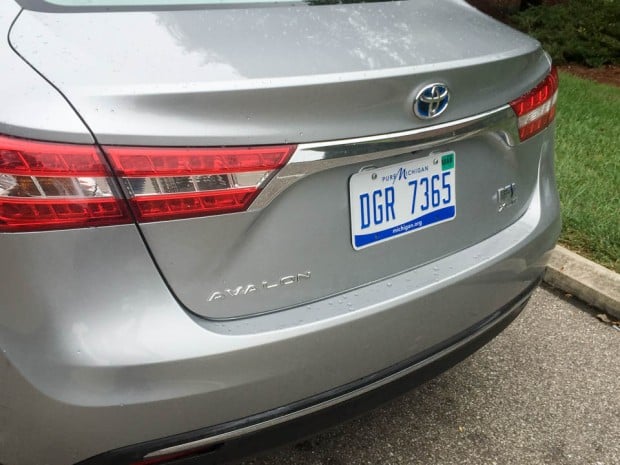 With the electric hybrid motor located in the rear of the vehicle, the inside of the trunk is smaller in the Avalon Hybrid than in the regular Avalon, offering 14 cubic feet of trunk space. That’s bigger than Camry, but smaller than other full-size sedans.

There are three trim offerings for the Avalon Hybrid – the XLE Premium, XLE Touring and Limited. My tester was the XLE Premium which comes with 17-inch alloy wheels, heated mirrors, telescoping steering wheel and heated front seats. Moving up to the Limited trim brings xenon headlights, automatic wipers and ventilated front seats. The Limited trim also bring a crash avoidance system as an added safety feature. It’d be nice if this was standard for all trims, instead of as an elite option only on the top-of-the-line trim. Base price for the Avalon Hybrid XLE Premium is $36,470(USD). With an advanced audio system package, my tester had a final price of $38,455.

In the area of full-size sedans there are few choices. When you want hybrid technology within that segment the choices get even more limited. The Toyota Avalon Hybrid really is in a class by itself. With limited competition, it could just coast, efficiently, on its laurels, but instead, this full-size sedan continues to evolve and improve, making it a quiet, conservative but worthy choice.