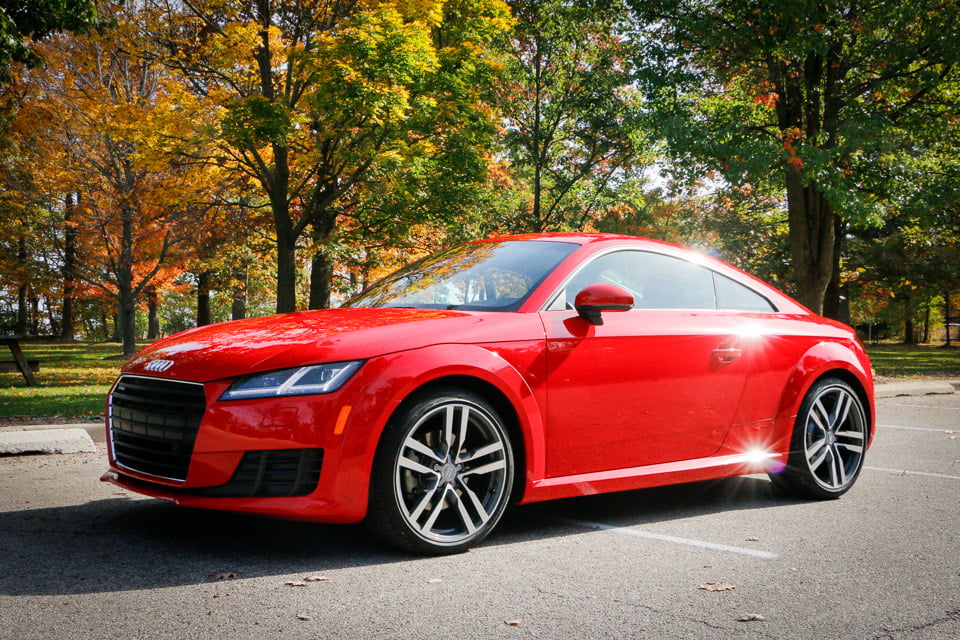 The first generation Audi TT was about as much of statement car as you could make in the modern age. Perhaps even more than an exotic supercar like a new Ferrari or Lamborghini flagship because power and beauty is what’s expected from them. But Audi? Conservative but handsome and impressive driving sedans like the A4, A6 and A8 were their playground. Then when the TT Concept bowed in 1995, the public stood agape with complete adoration for the revolutionarily designed sports coupe.

The TT looked like nothing else the modern automotive world had seen, and the car’s popularity took off like an ICBM. It took old school German Bauhaus minimalist design and combined it with the aero styling of the 1939 Auto Union Type C race car. The result was a daring automotive design that was part German stealth, part wheeled work of art and 100% original and bold. It was Audi’s masterpiece that carved out its own niche where none really existed at the time since really no other automaker built a premium two-door sports car whose appearance was this revolutionary. It wasn’t even close to the fastest car around, but that didn’t matter much. It broke the mold and never looked back… until now. 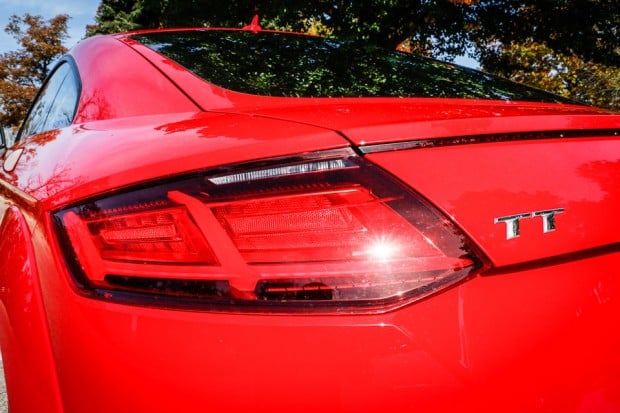 The second generation TT (2006), though good, failed to recapture the magic of the first car. By comparison, it looked muted, compromised and a bit too antiseptic, even by Teutonic standards – expectations of more of the original were clearly not met, at least in the way of design. The good news is that Audi didn’t give up on the little sports car that did. The third generation car for 2016 looks back to the first car in hopes of recreating that magic. 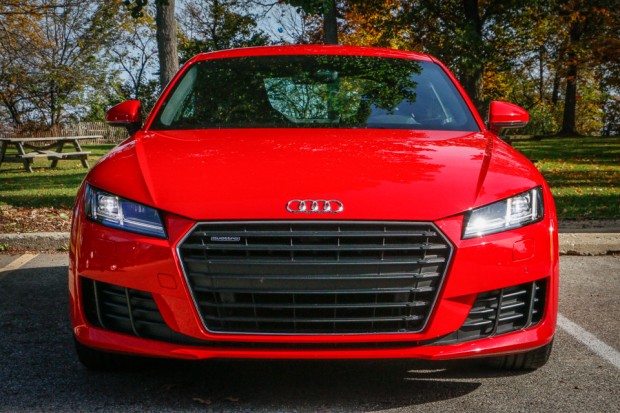 The new TT isn’t a copy of the first generation car, but it evokes its spirit. It still boasts the now classic silhouette and edges things up to be consistent with the rest of Audi’s lineup sporting slim headlights with angular LEDs, and a tight grille that makes a clean break from the roundedness of the first two cars. The third gen TT looks less bloated than the car before it, and drops 90 pounds from its curb weight. The overall look is a handsome execution of edgy and round in a cohesive design that’s not as daring as the first (probably because we’ve become accustomed to the TTs presence) but more appealing than the second. 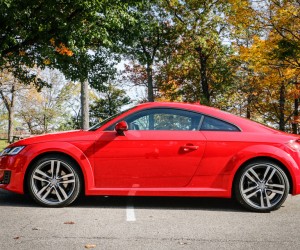 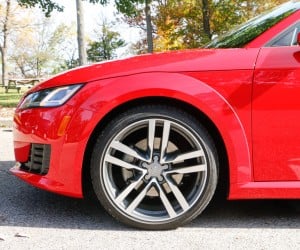 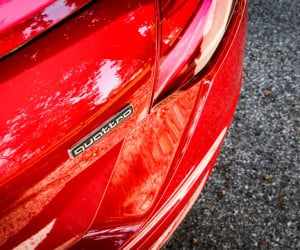 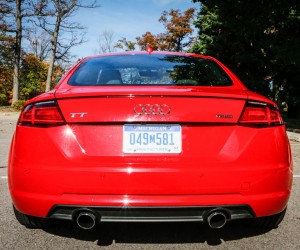 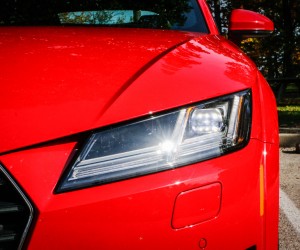 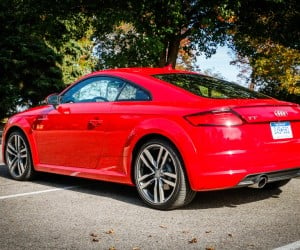 Step inside the TT, and it’s a revelation. Where other carmakers are dressing up their interiors and festooning them with myriad surfaces, angles and obstructive gadgetry that oftentimes amounts to distraction. Audi had something else in mind with the TT. The center console is effectively gone, replaced by three round HVAC vents with round black LCD controls at each hub. The look at first is almost weird and then later welcomed because of its brilliant simplicity. The vents on the opposite ends of the dash control the heated seats. 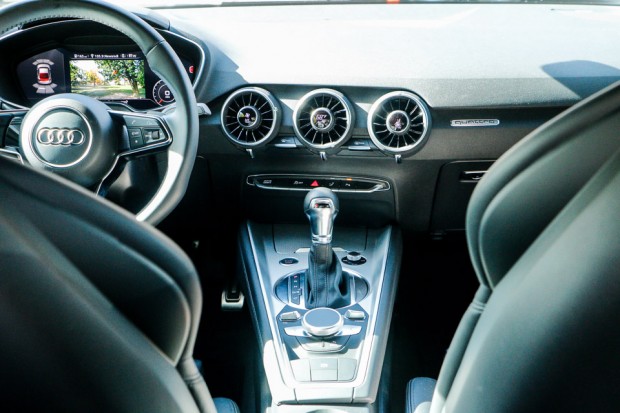 The information and navigation screen has moved to the instrument binnacle in the form of a superbly high resolution TFT display screen that’s downright revolutionary. You can toggle between views from the steering wheel and even minimize the speedo and tach to small circles while the big Google powered navigation map expands across the full width of the screen. It’s something that must be experienced, and belongs on cars three times its price. 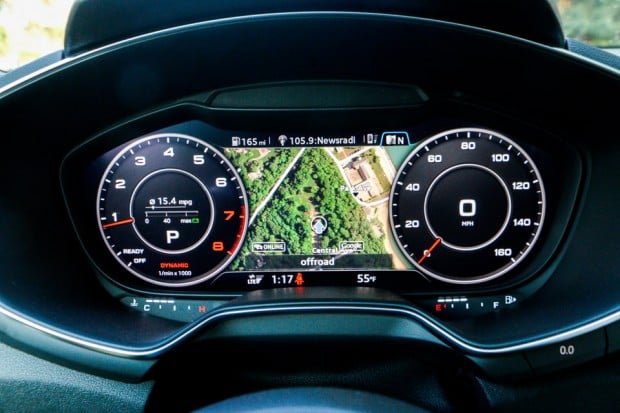 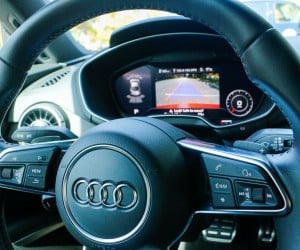 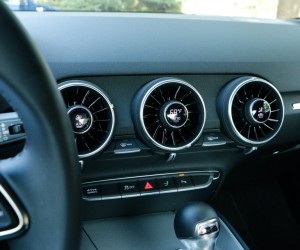 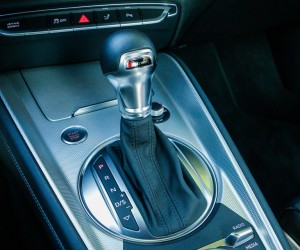 The seating position is on the high side for a sports coupe, but the benefit is great sight lines out the front. This partners supremely well with the incredibly impressive electrically boosted power steering setup. You can pretty much point the TT anywhere, and it will follow beautifully. It’s easily one of the best steering cars I’ve driven all year, and that’s saying something. The cornering is flat, and thanks to the balance and the standard quattro all-wheel-drive, there’s very little in the way of understeer. 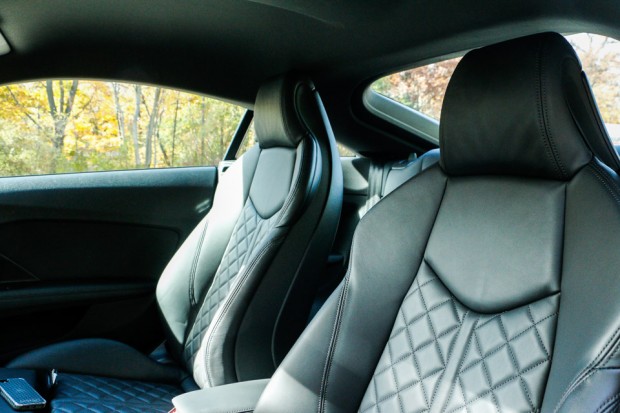 Power is more than adequate from the 220 hp, 258 lb-ft. 2.0-liter 4-cylinder turbocharged TFSI engine. 60 mph comes in at a hair over five seconds, and in spite of some minimal turbo lag, the little TT moves with authority. What’s tame and comfortable at low speeds turns into tiny ferocity, especially in tossable Sport mode. Though we’d prefer a slick six-speed manual transmission to suit our driving druthers, the quick shifting six-speed dual clutch transmission makes fast work of up and downshifts. Driving the TT is fun, and thanks to Audi’s commitment to the making it even better, it’s well worth it for the driving dynamics alone. The way the TT looks and the technology it houses are really icing on a very good cake. 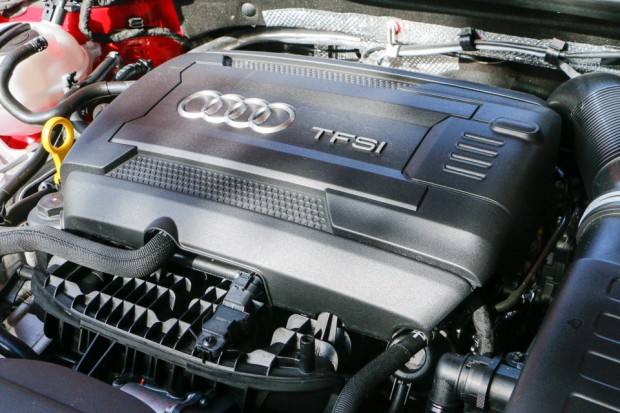 The TT still isn’t astonishingly quick (upgrade to the radical TT RS for that), but it provides a thrilling driving experience, an attractive exterior design and both tasteful minimalism and cutting edge technology on the inside. The TT may not appeal to those who want face-warping speed, and it doesn’t garner the same kind of attention that it did with the first generation car. But the fortunate customers who decide to buy one won’t be disappointed in the TT one bit (except perhaps for the lack of a true manual transmission). And starting at a hair over $42,000, the TT is easily greater than the sum of its parts. 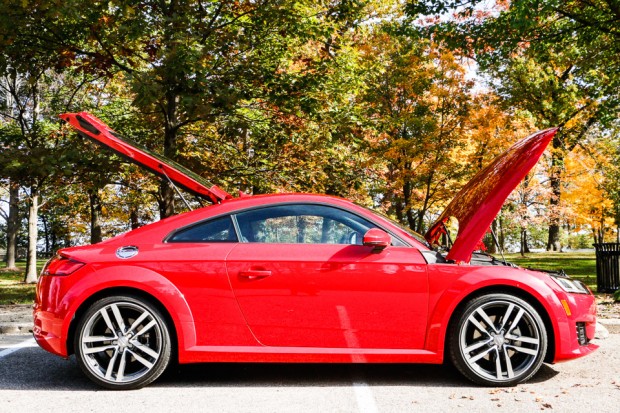