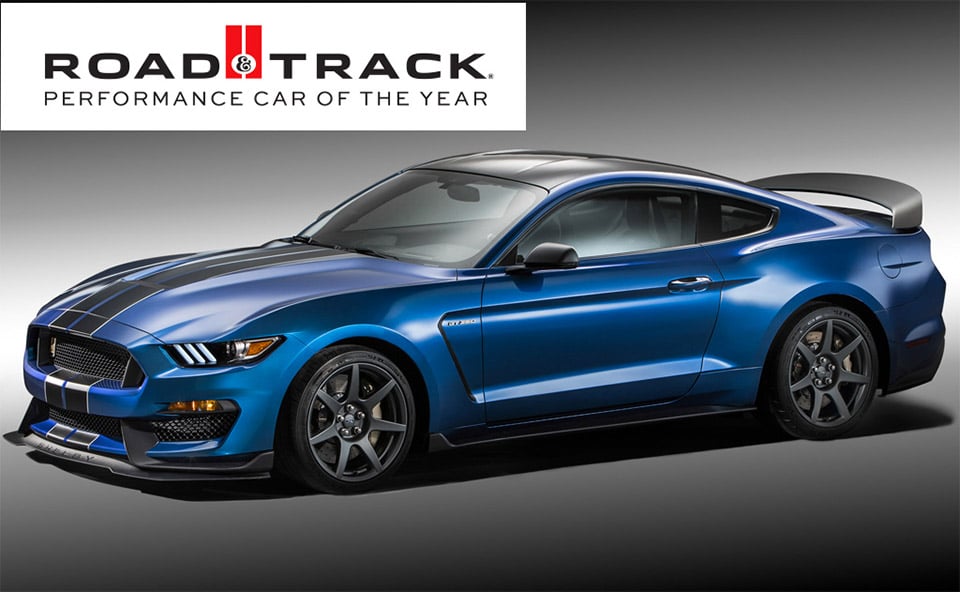 The Shelby GT350 and its racier brother the GT350R are two of the hottest performance cars that Ford has ever produced. Each year, Road & Track conducts a big test to determine which performance car is the best of the bunch. This year, the GT350R was named 2016 Performance Car of the Year.

With a base price of $63,495(USD), the GT350R was also the least expensive car they tested. You can check out the full shootout over at Road & Track.