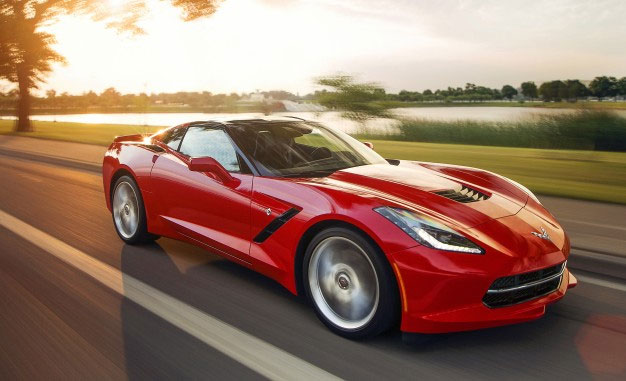 Unless you live under a rock, you already know about the sweet C7 Corvette Stingray that has proven very popular with buyers around the world since last year. Now, a new trademark has been filed by GM that hints at a potential future Chevy Corvette that could be something very different from what we have today.

The trademark filing, dated 12/16/2015, is for the name “Corvette E-Ray,” and if current naming trends hold true, this would clearly be for an electrified vehicle. GM and all major automakers need some way to improve their overall fleet fuel economy to meet pending CAFE standards. An electrified Corvette would help offset some of the fuel swilling V8s that buyers prefer in sports cars and trucks that GM offers – though the current ‘Vette already does quite well thanks to cylinder deactivation tech. 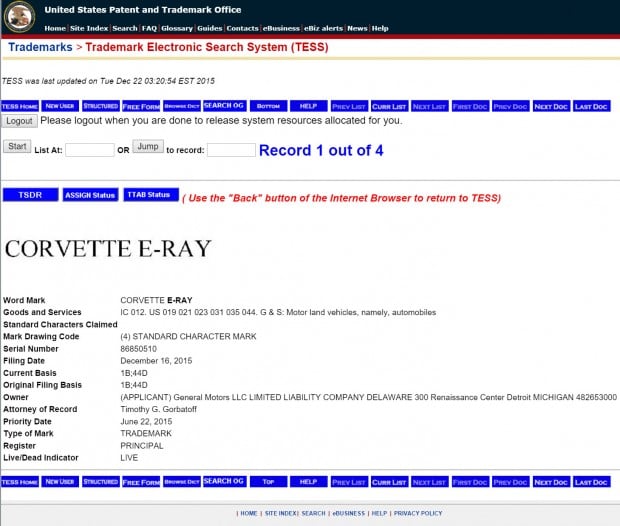 Perhaps we could even be seeing the first hints at a future Corvette that packs some sort of electric hybrid system like so many of the supercars of today are using like the La Ferrari, McLaren P1, and Porsche 918. Filing a trademark certainly doesn’t mean GM will use the name on a car, but we can dream.