If you have ever looked at a late ’90s Cadillac and thought what it really needs is a second Northstar V8 in the trunk and bizarrely designed sheet metal, I have found your ride. What you see here is something dubbed the “TwinStar” that was made by Mosler back in the late ’90s, and it’s now up for auction on eBay. 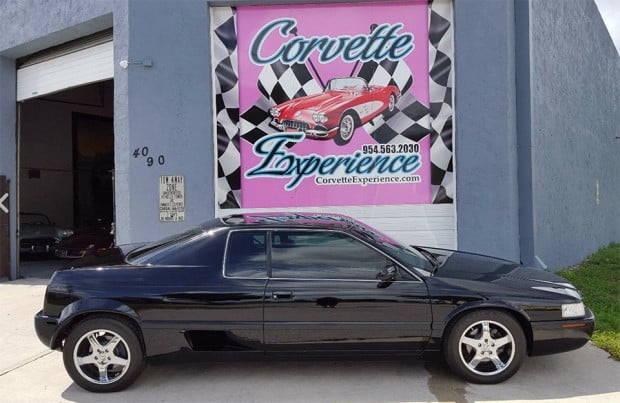 The car, once owned by the late, great Clarence Clemons, started as a 1999 Cadillac Eldorado with a 275 hp Northstar V8 under the hood. Mosler took another Northstar V8, coaxed 300 hp out of it, and crammed it in the trunk. Each engine has its own 4-speed automatic transmission and drives its own pair of wheels. That means this odd car is AWD and can hit 60 mph in around 5 seconds – very fast for its day. 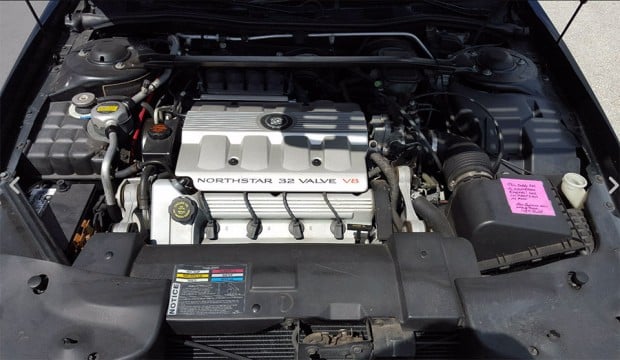 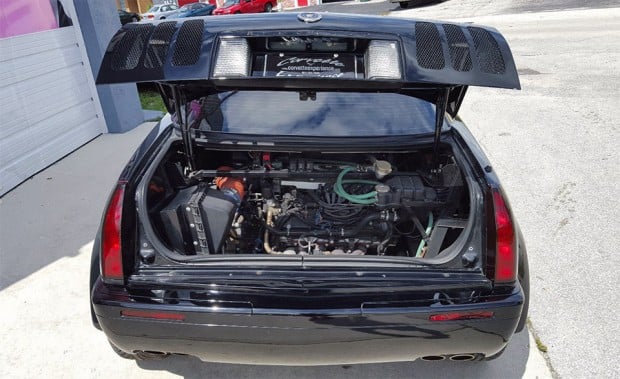 To fit that V8 in the trunk required some unfortunate mods to the rear of the car that make it look like something that was totaled and fixed in your garage by people more interested in beer than safety or aesthetics. I can only imagine the gas mileage this thing gets too. 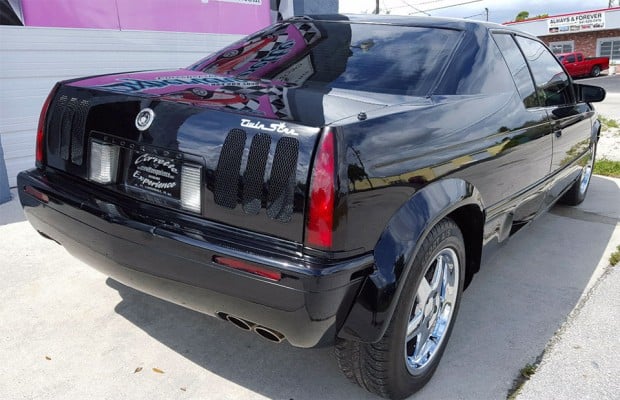