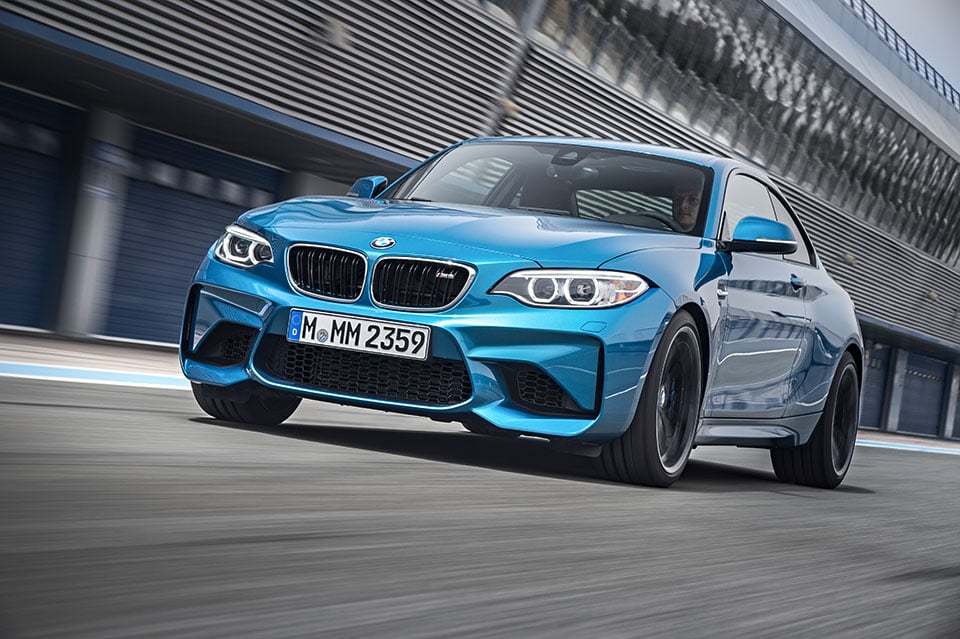 If you are among the hordes of enthusiasts around the world who have been waiting to hear how much the BMW M2 will cost, the time has come. BMW has announced pricing for the 2016 M2 at the 2016 NAIAS. Here in the U.S., the new M2 will start at $51,700 plus destination and handling, and the car should start making its way to dealerships this April.

For those of you not up to date on the M2’s specs, power comes from a 3.0L 6-cylinder engine with 365 hp and 343 lb-ft of torque. BMW claims that when fitted with the M DCT transmission the car can reach 60mph in 4.2 seconds. Top speed is 155 mph and BMW promises high-end handling capabilities. Overboost functionality lets the engine make up to 369 lb-ft. of torque between 1450 and 4750 rpm.

$50k+ seems like a lot of money for a performance car with only 365 hp. Other cars for less money will offer more power, but then again, they aren’t BMWs.

Gruppe5 Motorsports BMW 2002 Will Have You Seeing Red
Advertisement