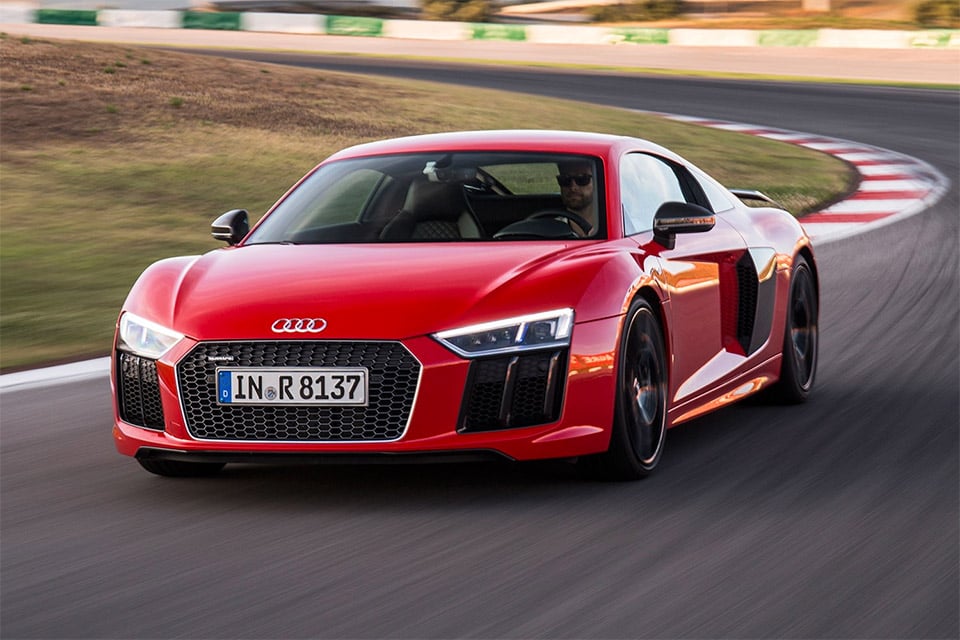 Both versions of the R8 use the same 7-speed S Tronic paddle shift transmission and AWD system. Other differences between the two versions include some high performance gear on the plus version such as carbon ceramic brakes, carbon fiber rear diffuser, front lip spoiler, exterior mirror housings, and a fixed rear wing spoiler. Plus versions also get racing shell seats – a first for the U.S. The plus version is also 77 pounds lighter than the standard R8 V10.