FIAT Abarth 124 Spider: This Is the Fiata You’re Looking For

When FIAT announced the 124 Spider late last year, I couldn’t help but be a little disappointed. Yes, it had the turbocharged engine from the 500 Abarth, but it wasn’t designed to be the snarling little roadster that it could’ve been. It was basically a Miata with a different body kit. The Abarth 124 Spider changes all of that. 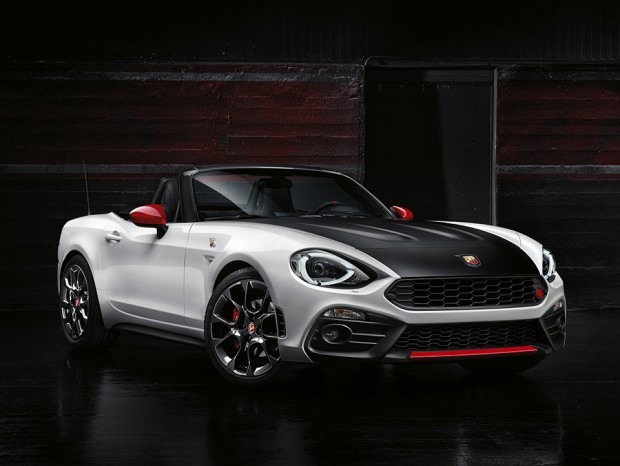 Yes, it’s still based on the Mazda MX-5 Miata platform, but more stuff has been changed to make it different. It takes the 124 Spider’s body kit and makes it more aggressive. It adds a dual exhaust system that should make the car sound nearly identical to the maniacal 500 Abarth. It even has a ridiculous paint scheme so people know that you’re driving the hopped-up special. 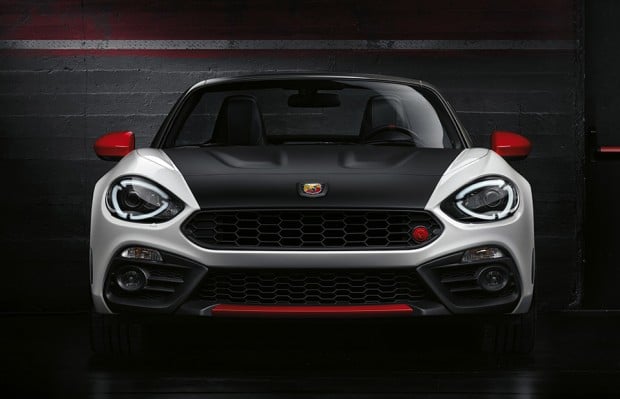 It makes 10 more horsepower than the regular 124 Spider (now 170 horsepower total), and that power is sent to the rear wheels through either a 6-speed manual or 6-speed automatic transmission. Of course you’ll want the manual, but FIAT does say that their automatic is fast shifting. We’ll have to reserve judgement for when we drive it. Once the power gets to the rear-wheels, it’s split by a mechanical limited slip differential. The Miata, for reference, only has a limited-slip on their Sport model. 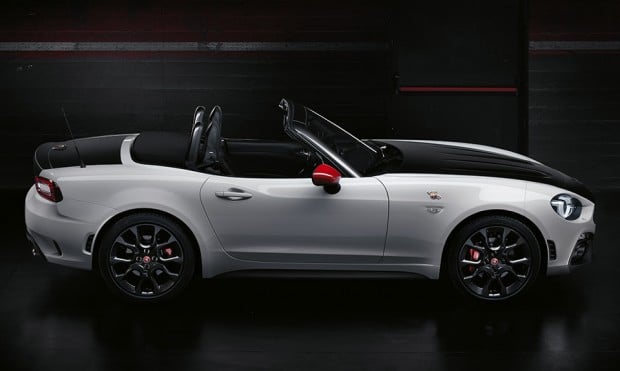 I do think the Miata is a good looking car, but the Abarth 124 Spider is a bold statement with aggressive styling. I can’t wait for the opportunity to see one in person! 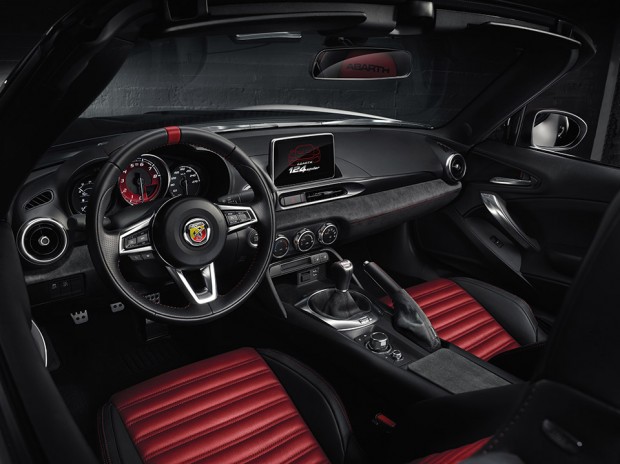 Will it come to the United States? How much will it cost when it gets here? I really don’t know yet, at least officially. In Europe, the car will start at €40,000 (~$43,782 USD), but that really doesn’t mean anything for this market. I just hope they bring it here, because I know I want to drive it! 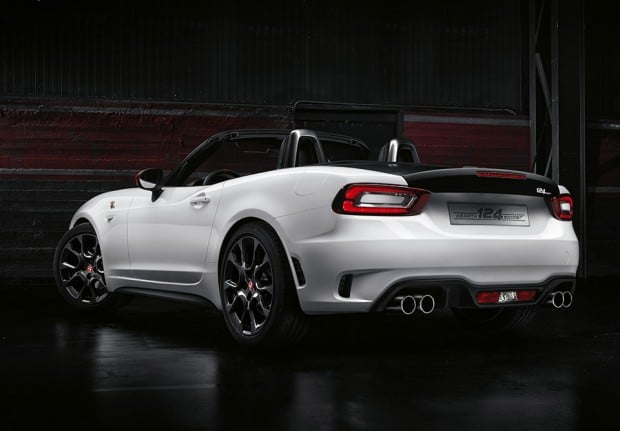