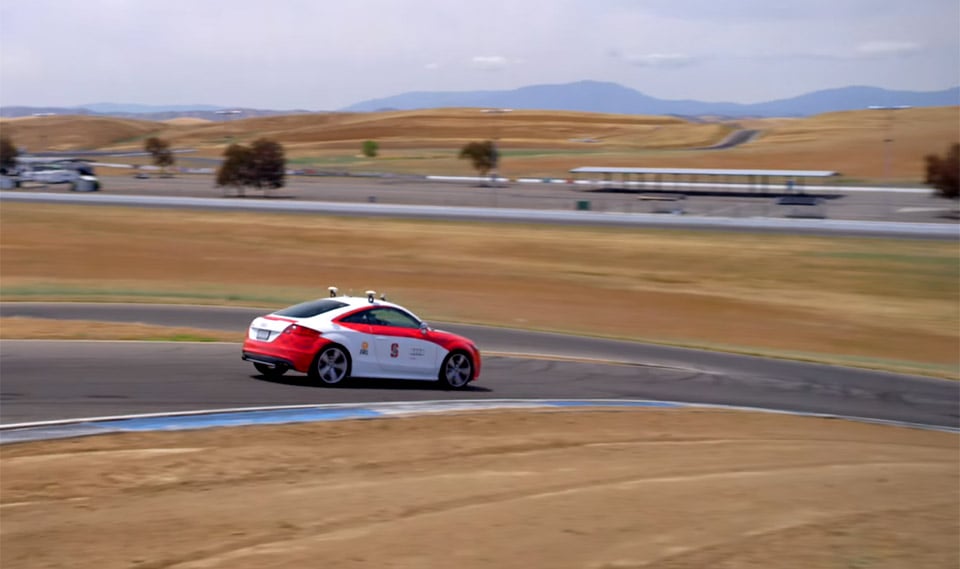 Stanford University has a slick looking autonomous Audi TTS, dubbed “Shelley” that it has been working on for a long time. The car can drive itself with no human intervention. Recently the researchers took the car out to the racetrack at Thunderhill Raceway in Willows, California and set it loose. The car was able to race around the track at speeds up to 120mph without a driver.

While it attains impressively high autonomous speeds on the track, the car spends most time in the 50 to 75 mph range, where the car’s research team says most car collisions happen.

The researchers thing think that by understanding how the car adjusts throttle, brakes, and uses the friction in the tires in a track situation improvements in automatic collision avoidance software could be made. “A race car driver can use all of a car’s functionality to drive fast,” said Gerdes, a professor of mechanical engineering. “We want to access that same functionality to make driving safer.”